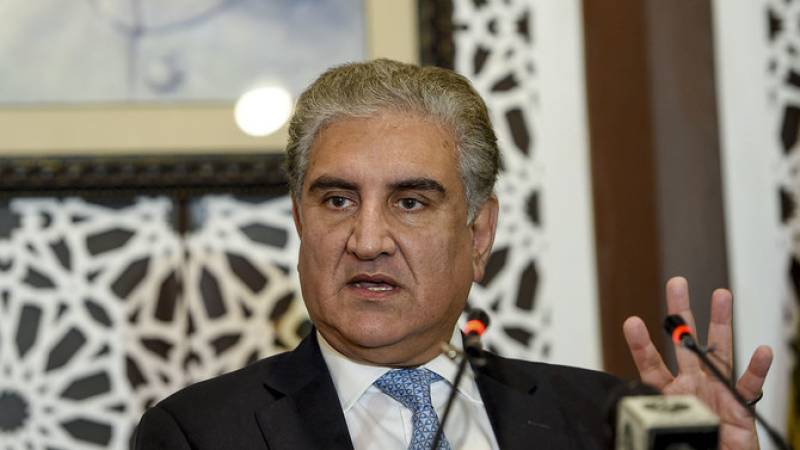 ISLAMABAD - Foreign Minister Shah Mahmood Qureshi said that US President Donald Trump's offer of mediation on Kashmir in the perspective of the critical situation prevailing in the Indian occupied valley is a negation of New Delhi's narrative.

In a statement today (Wednesday), the minister said that the US President has discussed Kashmir issue with Indian Prime Minister Narendra Modi as promised with Prime Minister Imran Khan.

The Foreign Minister said the US President categorically stated in presence of a big public gathering that Imran Khan is his friend and Pakistan has defeated terrorism pursuing the best strategy.

He said the Indian media tried to use President Trump's press conference for its own objectives but the US President appreciated Pakistan's efforts against terrorism.

Shah Mahmood Qureshi said Pakistan has been stating for a long time that Muslims have been facing insecurity in India, the Radio Pakistan reported.

While urging the world to take notice of this situation, the minister said that more than ten people have been killed in riots in New Delhi during the last two days. He said buildings, petrol pumps and business centers have been set alight.