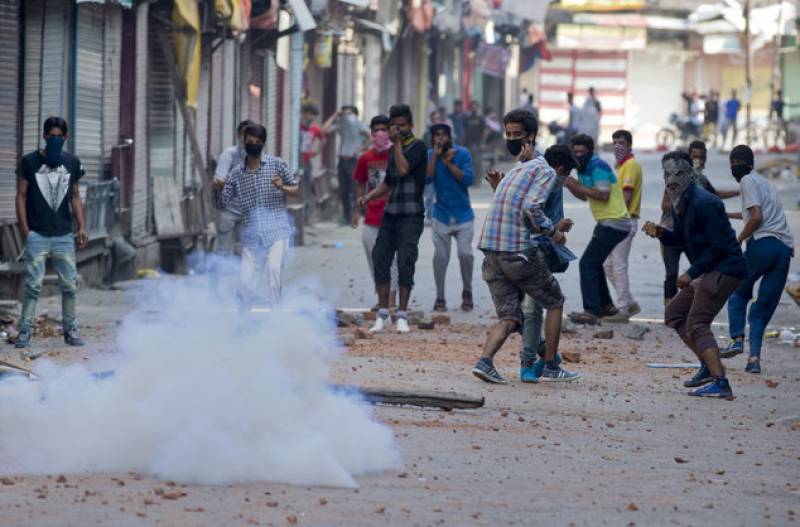 MUZZAFARABAD - Kashmiris on both sides of the Line of Control (LoC) and across the globe today (Jan 26) are observing Black Day on India's 67th Republic Day, protesting India's reluctance to give them right to self-determination.

A complete strike will be observed in Occupied Kashmir, while anti-India demonstrations and rallies will be organised in world capitals.

The Joint Resistance Leadership, in a statement issued in Srinagar, has urged people to hold peaceful demonstrations and rallies across the length and breadth of the territory after Friday prayers.

The puppet government has put the entire occupied Kashmir under siege ahead of rallies and demonstrations against India.

Meanwhile, protest rallies and demonstrations will be held across Azad Kashmir to highlight brutalities of Indian forces in the occupied valley.

India and Pakistan became independent on August 1947, it was generally assumed that Kashmir, as an adjoining state with a predominantly Muslim population, would accede to Pakistan.

World Can Lose Faith in US

Pakistan's Ambassador to the UN Dr Maleeha Lodi speaking in a debate on the Middle East said that if the Security Council did not implement its own resolutions on Palestine and Kashmir, people across the world can lose faith in the international body.

She called on the Security Council to live up to its responsibilities on resolutions it has adopted.