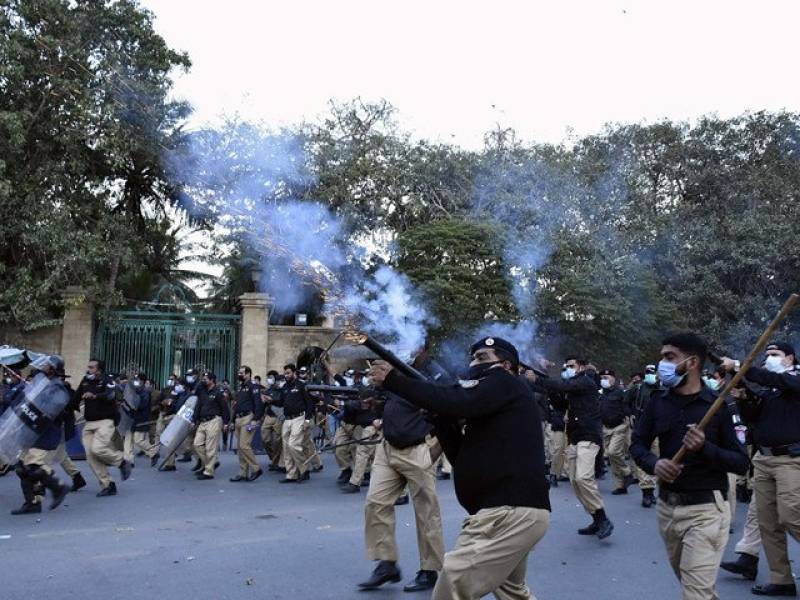 KARACHI – A leader of Muttahida Qaumi Movement – Pakistan (MQM-P) died and several workers sustained injuries after police baton-charged and tear-gassed them during a protest against Sindh Local Government (Amendment) Bill at the city's Shahrah-e-Faisal.

A large number of party workers and leaders gathered during the afternoon hours to stage a protest against the controversial bill.

Later on, the protesters attempted to move towards the Chief Minister's House for a sit-in. As a result, the flow of traffic was disrupted on the road.

The police, however, resorted to baton-charged and teargas shelling in an attempt to bar the protesters from entering the red zone.

Member of the Provincial Assembly (MPA) Sadaqat Hussain was also injured because of the baton charge. He was also taken into custody by the police.