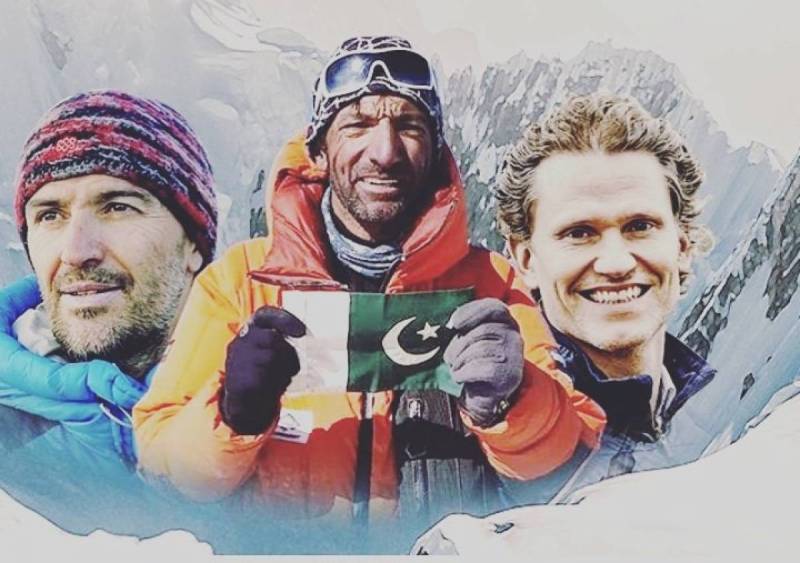 ISLAMABAD – Mountaineer Sajid Ali Sadpara has found three bodies, including his father Muhammad Ali Sadpara's, below the Bottleneck on K2.

Ali Sadpara went missing during the K2 Winter 2021 Summit attempt earlier this year. He was accompanied by Iceland’s John Snorri and Chile’s Juan Pablo Mohr. Gilgit Baltistan Information Minister Fateh Ullah Khan made this announcement on Monday. He confirmed that bodies of Ali Sadpara, Snorri and Mohr were found on the world's second highest peak.

Taking to Twitter, Alpine Adventure Guides also confirmed it, saying that body of the late hero was found 300m below the bottleneck.

Sajid Sadpara had announced in June that he would summit the peak once again to make a documentary on his father and find his body. He is accompanied by Canadian filmmaker Elia Saikaly and Pasang Kaji Sherpa.

The team reached Camp 4 this morning and flew a drone around the area in search of the bodies, sources said.

Last month, Sajid while addressing a press conference announced his plans to start climbing the world’s second-highest mountain from tomorrow. Sajid said that he wanted to go to K2 to know what happened to his father and John Snorri.

“I am going to attempt to summit the K2 from tomorrow. My father went to K2 this year but did not return,” said Sajid.

The mountaineer said that he and his team, on their journey to the top of K2, plan to make a documentary on the first Pakistani man that scaled the mountain.

“A documentary on the life of Jon Snorri and Ali Sadpara is in the making. [I hope] go to K2 to search [the dead body] and make a documentary,” said Sajid, adding that it may take him and his team 40 to 45 days to summit the peak.

Sadpara, Iceland’s John Snorri and Chile’s Juan Pablo Mohr had departed for their journey to scale the K2 mountain on February 3 after Sadpara’s birthday, asking fans and admirers to “keep us in your prayers”.

They had started their attempt for the final summit in the early hours of February 5, hoping to accomplish the herculean feat by afternoon, but they had gone missing the same day.

A few days after Sajid confirmed the death of his father and other climbers after their bodies were not found during the search operation.

The legacy of the unsung hero Muhammad Ali Sadpara has been tugging the hearts of Pakistanis ever since his untimely ...