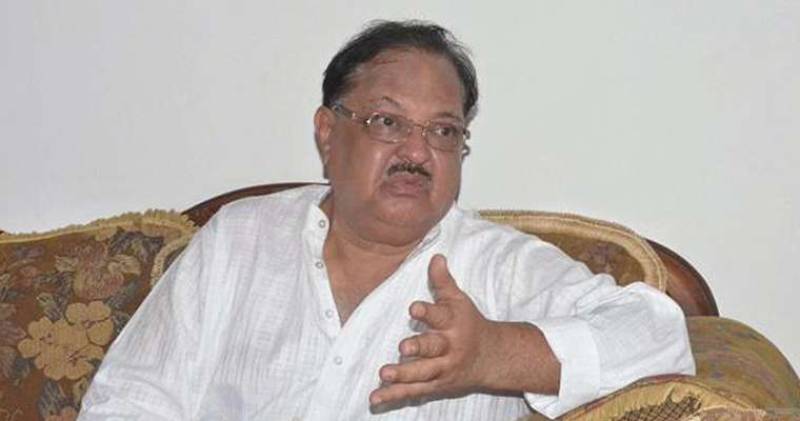 ISLAMABAD -  An accountability court on Tuesday approved a 14-day physical remand of Engineer Qamarul Islam and Waseem Ajmal who are accused in the Saaf Pani Company corruption case.

The anti-graft watchdog arrested on Monday two former officials, Wasim Ajmal and Qamar-ul-Islam of the Saaf Pani Company in the scam, after which they were presented in an accountability court today.

Wasim Ajmal was a former CEO of the Saaf Pani Company while Qamra-ul-Islam is a PML-N leader and contending general  elections 2018 against Chaudhry Nisar Ali Khan from NA 59.

The politician is accused of having awarded contracts for 84 water treatment plants at a higher price. His predecessor Ajmal is also accused in the case.

As the hearing went underway on Tuesday, Islam's lawyer contended that the proceedings against his client were based on the basis of allegations.

He accused NAB and the Election Commission of Pakistan (ECP) of collusion for political victimization of his client.

NAB prosecutor Waris Ali Janjua on the occasion argued that Islam was a director when Waseem Ajmal was appointed as the CEO, adding that the installation of eight plants in Dunyapur, Hasilpur, Khanpur, Manchana Abad among other areas was done during Islam's tenure.

Islam was the chief executive officer of the Saaf Pani Company, the NAB prosecutor said, adding that his hiring took place before a notice was issued.

The prosecution alleged that the correct estimate of printing the weather sheet was not provided by the company during Islam's tenure. Janjua also informed the court that the building for the company was bought from Ali and Fatima Developers.

The NAB prosecutor requested the court to grant a 15-day physical remand of the accused.

The court then reserved its verdict on the plea.

Later, a 14-day physical remand of the accused was approved by the accountability court.

The court further ordered NAB to present the accused on 9 July again.