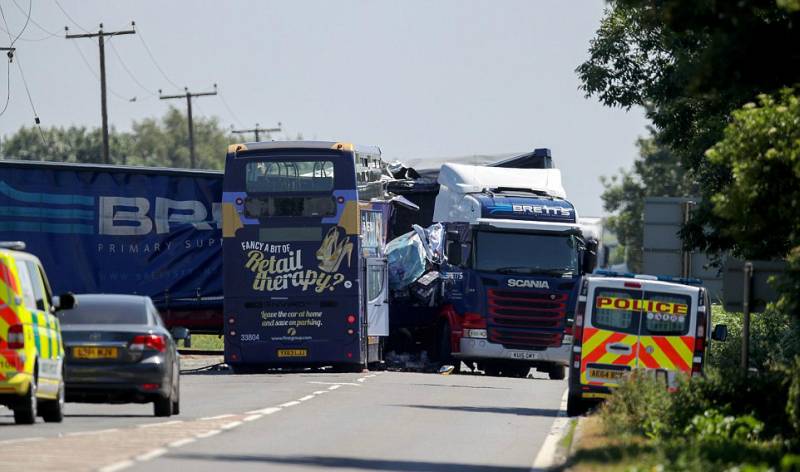 LONDON - Two men travelling in a double-decker bus have died after it smashed into a lorry in Cambridgeshire on Tuesday morning.

Eighteen other people were injured, seven seriously, in the crash on the A47 near Guyhirn, Cambridgeshire Police said.

The force tweeted: “We are sorry to report that two men, travelling in the bus involved in the A47 collision, have sadly died.

We are sorry to report that two men, travelling in the bus involved in the A47 collision, have sadly died. Our thoughts are with their families at this time. Seven people have been seriously injured and 11 have minor injuries following the collision.

A total of 20 people, who were travelling in the bus, were injured – nine are seriously injured and 11 have minor injuries.

Sixteen patients were transferred to hospital following the incident at Thorney Road in Guyhirn, the Telegraph reported. 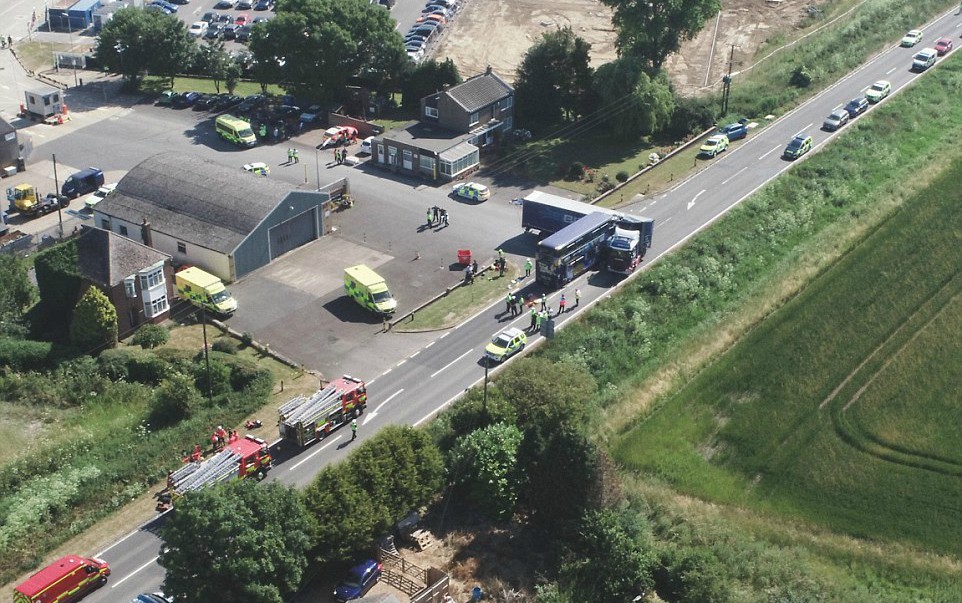 They were taken to Peterborough City Hospital and the Queen Elizabeth Hospital in Kings Lynn following the crash at 7.33am,.

Around a three-mile stretch of the A47 remains closed following the collision on Tuesday morning.

Police confirmed the bus driver was among those hurt, while the lorry driver escaped injury.