Three terrorists killed in attack on Police Line in Loralai 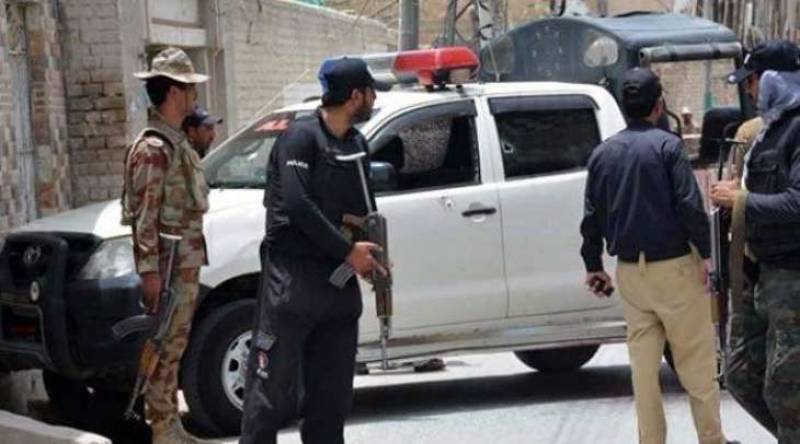 LORALAI - Three terrorists have been killed in a terrorist attack on police line in Loralai on Wednesday morning.

One police personnel (Muharar) has also been martyred and two other policemen injured in the attack.

According to District Police Officer (DPO) Loralai Jawwad Tariq, two armed men managed to enter the Police Lines area where an examination was being held.

The on-duty policemen tried to stop the armed men from entering the area when they opened fire, the men blew themselves up after the police retaliated.

DIG Zhob Range Nisar Ahmed Tanoli told Radio Pakistan that operation has been completed and the police line's premises has been cleared.

He said two terrorists blew themselves up at the main gate and inside the line while the third one was killed in a shoot-out with the police.