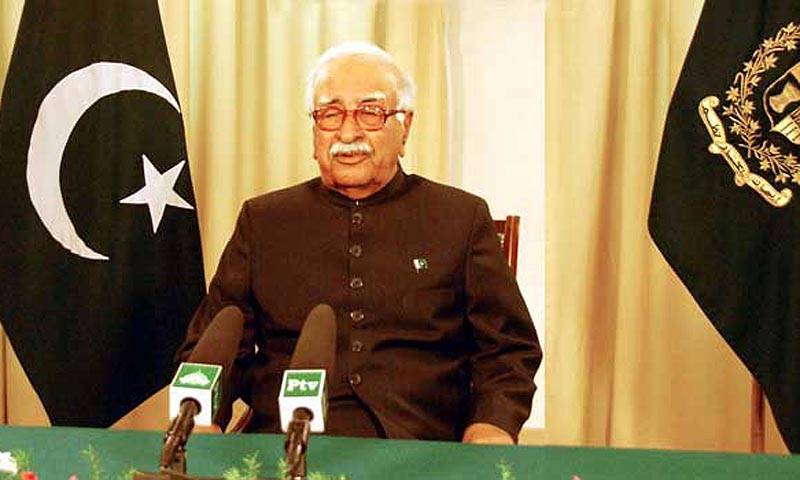 Reports in local media cited that Khoso passed away after remaining under treatment for a month at a private medical facility.

He also served as the Chief Justice of the Federal Shariat Court and served as the interim prime minister ahead of the general elections scheduled in May 2013.

In 2013, the Election Commission of Pakistan had selected Hazar Khan Khoso as the interim prime minister after a parliamentary committee and rival parties failed to agree on a candidate.

His first political appointment came as the Acting Governor of Balochistan – an office he kept for three months after the death of Governor Muhammad Musa, who served as the 10th governor of the province from December 17, 1985 to March 12, 1991.

The deceased had never indulged in any controversy and kept himself away from politics and while being a judge in the superior courts.

Khoso had also served as the Balochistan Chairman of the Zakat Council.

ISLAMABAD –Senator Mushahidullah Khan passed away late on Wednesday night at the age of 68, confirmed Muhammad ...