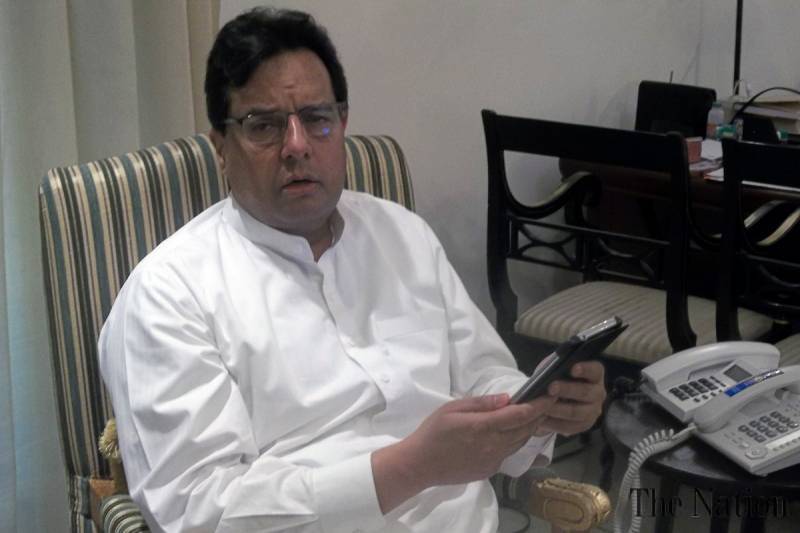 ISLAMABAD - The National Accountability Bureau (NAB) on Monday approved to initiate an inquiry against Captain (retd) Safdar for allegedly owning assets disproportionate to his income.

It was decided at the meeting to conduct complaint verification against MNA Captain (retd) Muhammad Safdar for having assets beyond known sources of income. The meeting was chaired by Chairman NAB Justice (retd ) Javed Iqbal at NAB Headquarters.

Captain (retd) Safdar allegedly has 300 kanal land at Mansehra,30 kanal plot and one kanal house and a flour mill at Township Mansehra.

The meeting ordered another inquiry to probe doling out a sum of nine billion rupees of PM Global Sustainable Goal Achievement Programme illegally to Captain Safdar.

Safdar already faces an inquiry by NAB and is named in one of the three references filed against the Sharifs in light of the Panama Papers verdict.

NAB had started the investigation into allegations of corruption against him in January too.

Safdar is accused of misappropriation of funds worth Rs2 billion in ongoing development projects in his constituency, NA-21 Mansehra.

Sources said that the complaint against Safdar was filed by a resident of the constituency.

The meeting also decided to a write a letter to the interior ministry to place the names of Ahmad Humayun and Ali Jehangir Siddique in ECL in an inquiry against M/S Azgard Nine Ltd and M/S Agritech Ltd and others.