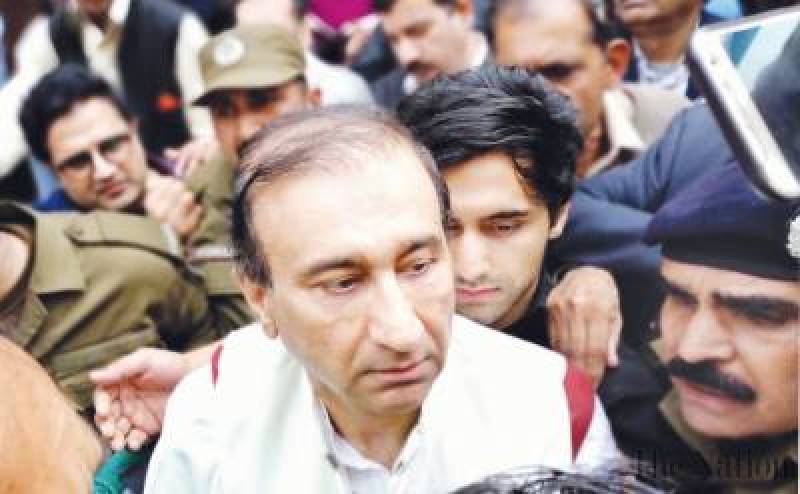 Barrister Aitzaz Ahsan, on behalf of the petitioners, argued that National Accountability Bureau (NAB) violated its own policy in the arrest of Mir Shakil-ur-Rahman. He contended that Mir Shakil was in illegal custody of the Bureau.

To a court query, he submitted that Mir Shakil was a businessman and running a big media group.

However, a NAB prosecutor stated that investigations against the accused were at stage of inquiry and the Bureau had obtained his physical remand till April 7, in response to a court question.

At this, the bench directed petitioners' counsel for attaching a copy of remand orders with the petition and adjourned further hearing till March 30.

The bench also directed the Bureau for filing a reply to the petition, filed by Mir Shakil's wife.

Mir Shakil was arrested by the Bureau on March 12 in illegal plots allotment exemption case.

The bureau had alleged that the accused obtained illegal exemption on 54 plots of one-kanal each in Johar Town Lahore, with the connivance of Nawaz Sharif, the then chief minister of Punjab, in violation of the exemption policy.