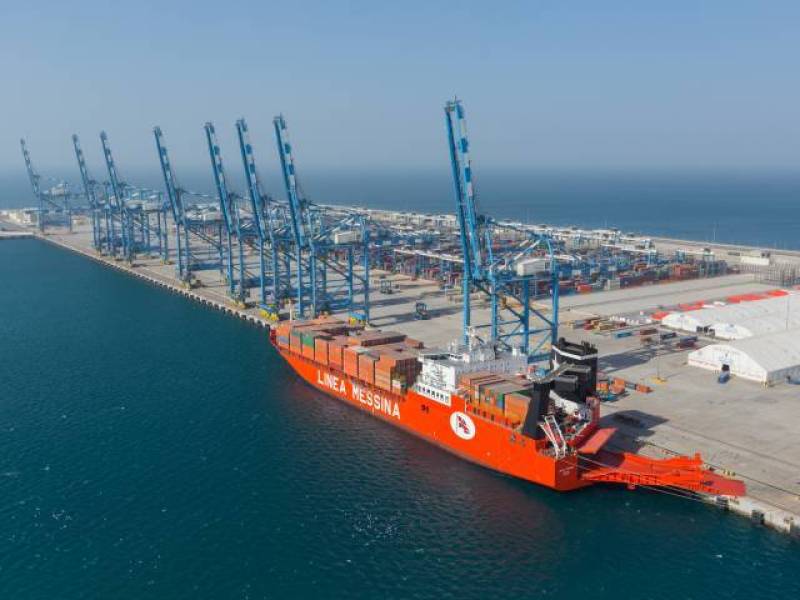 ISLAMABAD - The federal government announced an allocation of Rs 180 billion for the projects being constructed under the China-Pakistan Economic Corridor (CPEC).

Unveiling the budget, Finance Minister Ishaq Dar said that Gwadar has assumed importance for the national economy where 31 different projects are under construction.

The government recently also invited the tenders for the construction of the New Gwadar International Airport (NGIA).

The airport costing Rs 22 billion is said to be almost 40% complete while the rest of the construction will be finished in about two years time.

Total 4300 acres of land has been earmarked for the airport. The Pakistan Civil Aviation Authority (CAA) has been assigned responsibility for the execution of scheme on fast track basis. The airport would be developed as a major hub for all aviation activities in the region.

On Friday, Federal Finance Minister Ishaq Dar presented the fifth budget of the incumbent PML-N government with a total outlay of Rs 4.8 trillion.

Ishaq Dar had announced 10 per cent increase in the salaries of federal government employees and pensioners in budget 2016-17.

He had said that 10pc ad-hoc relief allowance on running basic pay will be allowed to all the federal government employees with effect from July 1, 2016.