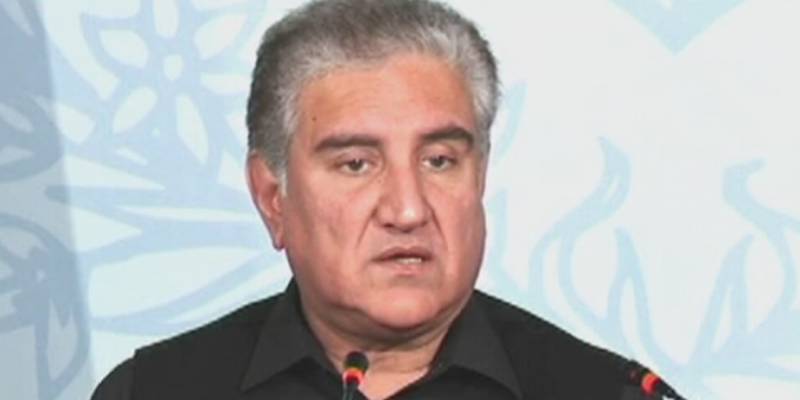 MULTAN - Foreign Minister Shah Mehmood Qureshi said that Pakistan is ready to hold talks with the new Indian government to resolve all outstanding issues, the Radio Pakistan reports on Sunday.

Addressing an Iftar Dinner in Multan, the foreign minister said that both neighbouring countries should sit on negotiation table to solve issues for the sake of prosperity and peace of the region.

Shah Mehmood Qureshi said peace in Afghanistan links with peace in the entire region. He said we always supported the Afghan own and Afghan-led reconciliation peace process, which is the only way forward.

Expressing concern on recent terrorist attacks in the country, Qureshi said that this wave could be controlled through the implementation of the National action plan (NAP).

The minister said that we are trying to get the support of all political parties for the creation of southern Punjab province.