One killed as fire breaks out at Keamari oil terminal Karachi 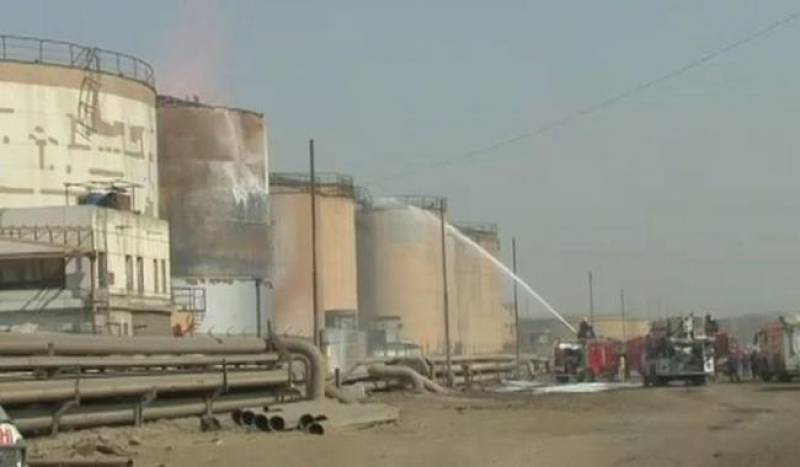 KARACHI - One surveyor was killed while another two were left injured on Saturday as fire broke at the Keamari oil terminal in karachi.

Fire tenders reached the spot soon after the eruption of fire and started rescue operation to avoid any major catastrophe.

Karachi Port Trust Chief Saeed Jaddon while detailing the event said that as many as 8 water cannons were taking part in rescue operation. Fire erupted in an oil tank which contained 1000 tonnes of fuel.

Foam and chemical is being used to extinguish the fire, officials added. The fire has not been brought under control as yet.

Due to sketchy distance between the oil storage tanks, it is feared that the fire could escalate further.

Earlier, this month twenty six people were perished in a massive fire at Gadani ship-breaking yard while over 40 people were left injured.