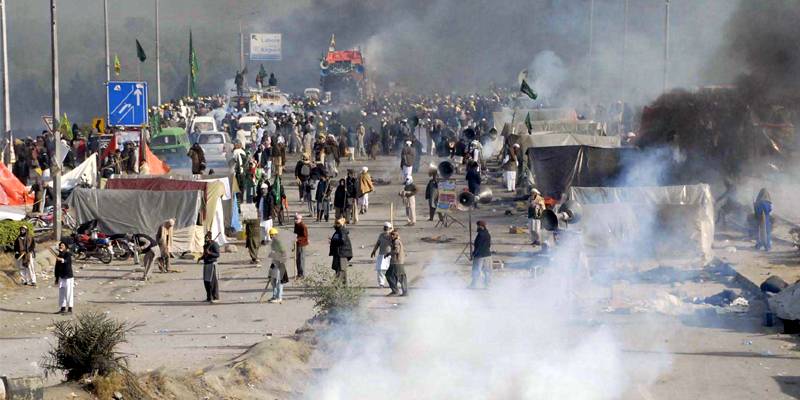 ISLAMABAD - At least one car and five motorcycles were set on fire by the protesters in fresh clashes between activists of a religious party and paramilitary forces on a highway in the federal capital early on Sunday.

After the attacks, Punjab Rangers backtracked from their check-posts while Islamabad police used tear gas to disperse the mob, reports local media channels on Sunday.

The protestors also ransacked a police check-post situated at Islamabad's main entry point.  Meanwhile, Motorway M1 leading to Islamabad from Peshawar has been opened for passengers on Sunday morning. However, Motorway M2 near Chakri and Pindi Bhattian was closed for travelers.

Speaking to PTV, spokesperson for Motorway Mehmood Ali Khokhar said that people from Lahore were unable to enter Islamabad unless they used link roads from Gujar Khan to Balkasar Interchange before taking motorway for the capital.