Private schools in Islamabad closed on Monday after deadly clashes 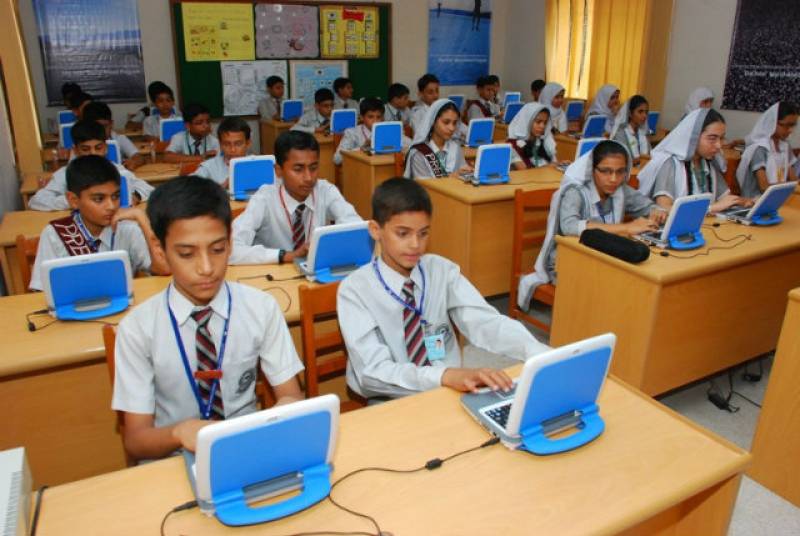 ISLAMABAD - All private schools in Islamabad will remain closed tomorrow (Monday) owing to the law and order situation in the province, the association confirmed on Sunday.

The president of National Association of Private School, Chaudhary Ubaidullah said the decision to reopen the schools will be made in the next few days.

Earlier in the day, Punjab School Education Minister Rana Mashood Ahmed announced to keep all schools, colleges and universities in the province closed on November 27 and 28. 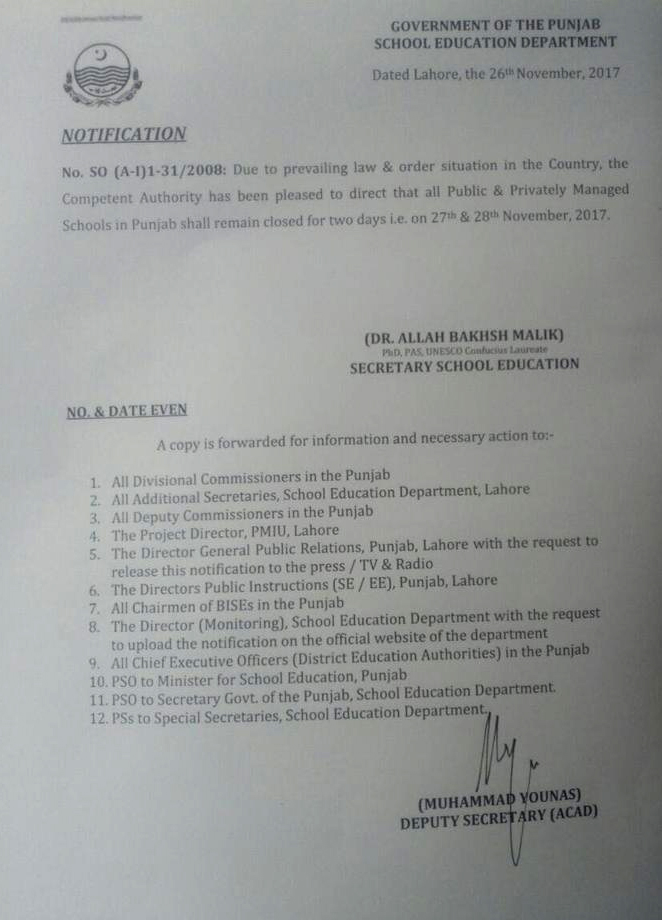 The decision was made due to prevalent law and order situation, according to a notification.

All educational institutes across Punjab have been directed to open from Wednesday, November 29 onwards.

LAHORE - All schools, colleges and other educational institutes of Punjab province will remain shut on Monday and ...

The move follows the deadly clashes in the federal capital on Saturday, where Islamabad Police along with FC troops launched ‘Faizabad Operation’ to uproot a protest sit-in by Tehreek-e-Labbaik demonstrators.

The protesters have been blocking the Islamabad Expressway, the main road into the capital, since November 8, demanding the resignation of Federal Law Minister Zahid Hamid over a perceived softening of the state's position on blasphemy.

The army was called in on Saturday night to restore order to the capital after clashes between the protesters and police left at least six dead, including a police official, and 200 people injured.

Thousands of riot police and paramilitary personnel on Saturday morning fired tear gas, rubber bullets and water cannon at the protesters in an attempt to dislodge them from a major highway into Islamabad.

The protesters, numbering as many as 3,000, stood their ground, fighting back by throwing stones and beating police with sticks and metal rods in running battles that continued throughout the day.

By midday, the demonstrators appeared to have beaten back the police to roadblocks located several kilometres away from the site of the protest.

At least 111 of those injured in the clashes were members of the police or other security forces, said Dr Farrukh Kamal, an official at the PIMS government hospital where most of the wounded were being treated.

Official figures on how many protesters had been arrested during the crackdown were not immediately available.