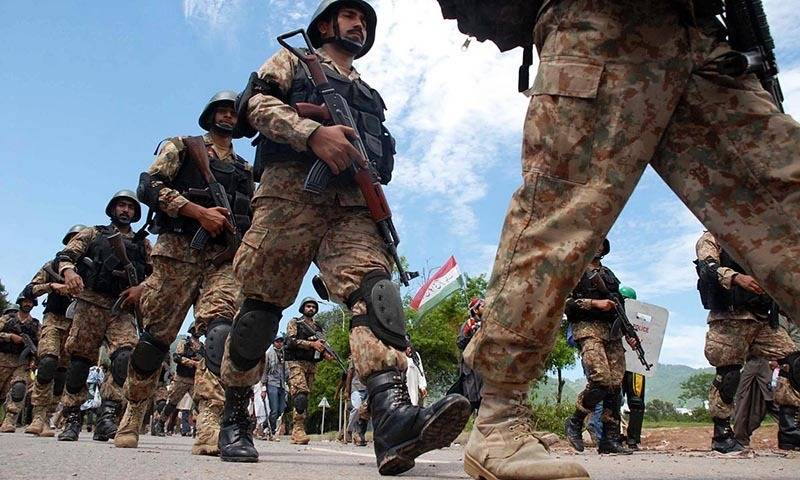 ISLAMABAD -  At least six people were killed and over 250 wounded as law enforcement agencies finally acted under court orders on Saturday to disperse protesters who had camped out at Islamabad's Faizabad Interchange for nearly three weeks.

A number of senior police officials, nine police officers and a polio vaccinator were also injured in the day-long clashes.

The interior ministry on Saturday evening issued a notification regarding the deployment of Pakistan Army in the federal capital after fierce clashes between security forces and Tehreek-e-Labaik activists turned violent. 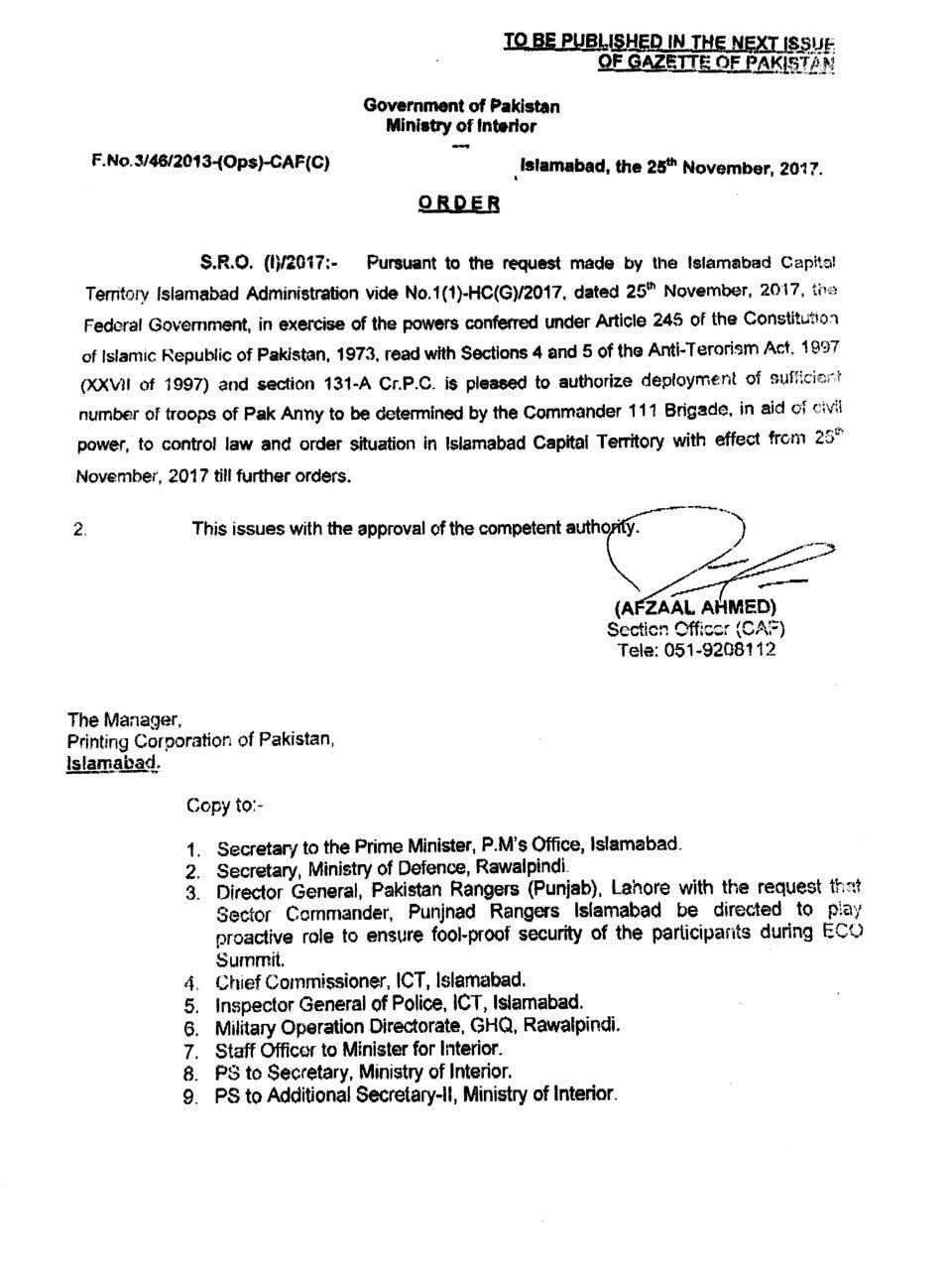 The federal government has summoned the troops exercising its authority under Article 245 of the Constitution that reads: “The Armed Forces shall, under the directions of the Federal Government, defend Pakistan against external aggression or threat of war, and, subject to law, act in aid of civil power when called upon to do so.”

The commander of 111 Brigade will determine the number of troops that need to be deployed for this purpose.

Further, some new powers have been given to Pakistan Army under article 245, and according to new order, army can shoot anyone after one warning. Similarly, the troops can arrest, search anyone without any warrants. All the power rests with the commander of 111 brigade of the Pakistan military.

Protesters have started gathering at the Faizabad Interchange in Islamabad again following the government’s suspension of its crackdown against them, launched Saturday morning.

Thousands of security forces fired tear gas and rubber bullets as the demonstrators blocked roads and burned police vehicles around the site of the sit-in, which has virtually paralysed the capital for the whole day.

Earlier in the day, several protesters belonging to the Tehreek-e-Labbaik broke into and ransacked the residence of Law Minister Zahid Hamid in his hometown of Pasrur, in Sialkot district of Punjab.

They shattered windows and damaged furniture. The minister, however, is in Islamabad.

Over 200 injured people have been taken to the Pakistan Institute of Medical Sciences in Islamabad, a spokesperson from the hospital said, adding that 93 of them were members of the security forces. Police have confirmed that at least two protesters are dead.