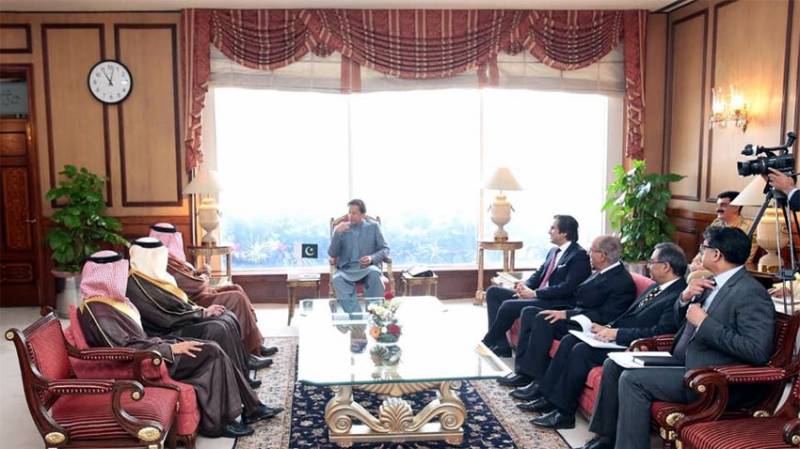 ISLAMABAD – Prime Minister Imran Khan has underscored the importance of an effective counter narrative and concerted efforts to combat Islamophobia, the Radio Pakistan reported on Tuesday.

He was talking to Saudi Prince Sultan Bin Salman Bin Abdulaziz Al-Saud who called on him in Islamabad. The Pakistani premier also stressed for greater engagement of the youth in this process and enhancing their pride in the history as well as achievements of Islamic civilization.

Imran Khan said relations between Saudi Arabia and Pakistan are unique and based on shared religion, culture and history.

He lauded the progress made by Saudi Arabia under the wise leadership of King Salman Bin Abdul Aziz Al Saud and Crown Prince Muhammad Bin Salman.

The PM also expressed gratitude for Saudi Arabia's economic support to Pakistan and the initiatives underway to build a stronger economic partnership between the two countries.

Imran Khan highlighted the tourism and economic potential of Pakistan and noted the macro-economic improvements achieved by the government including the current account surplus.

PM Khan apprised the Saudi Prince about the gross human rights violations by India in Occupied Kashmir especially the inhuman lockdown of over eight million people for more than one hundred days.

He said the international community should stand with the innocent Kashmiris in their just struggle.

Speaking on the occasion, Prince Sultan bin Salman Al Saud highlighted the close affinity between Saudi Arabia and Pakistan and deeply appreciated the role played by Pakistani professionals especially doctors and engineers in the progress and development of Saudi Arabia.

He underscored the need for Islamic Ummah to better understand its cultural and religious heritage and to project it to remove misperceptions about Islam.