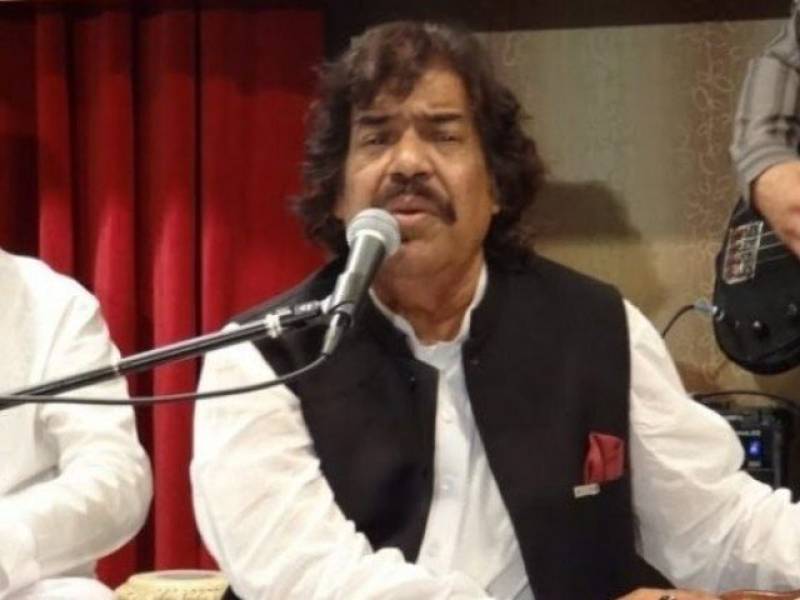 LAHORE - Pakistani folk legend  Shoukat Ali was admitted at Services Hospital Lahore on account of a severe liver infection last week. The legend is still critical and as the hospital administration is trying its best to ensure a speedy recovery.

Shoukat Ali is far well than the condition he was admitted to the healthcare, in spite of the fact he is still not out of danger. MS Services Hospital Dr Shahzad Cheema is personally overseeing the singer’s treatment doing everything needed for prompt recovery of the singer.

Talking to a private news media after Punjab Minister of Information and Culture Mian Muhammad Aslam and Chief Minister Fayazul Hasan Chouhan came to visit him in the hospital, he said that both of ministers brought flowers for him and asked about his health. “I do not need that, I need financial help”, he stated.

“It is disgraceful and petty of the government to sideline an artist after he has passed his prime. I don’t have enough savings to support such a prolonged treatment and all the government officials are doing is pay me customary visits. I think my services to the country merit a little more than that,” said folk singer.

His son, Imran Shoukat Ali, asserted that they are hand to mouth for his father’s treatment and their family is entirely depending on the government’s support.

“My father dedicated his whole life to the country and this is what he gets in return,” said Imran. “How can you even ignore the inspiring role his songs played during the 1965 and 1971 war? The message from the government is clear; you only matter to them when you are relevant.”

Shoukat is one of the legendary artists to come out of the Pakistani music industry, with about five decades of singing and a Pride of Performance award under his belt.

He is most renowned for the national songs he rendered during the 1965 and 1971 wars with India, such as Saathion Mujahidon Jaag Utha Hai Sara Watan, Mera Puttar Pakistan Da and Apna Quaid Aik Hai amongst many others.