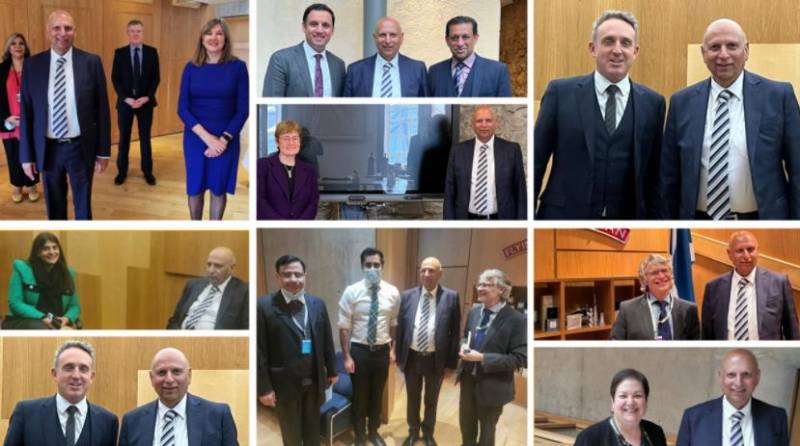 Governor Punjab was warmly welcomed to the Parliament gallery by the speaker and other members of Scottish parliament.

Alison Johnstone, during the meeting with Sarwar, discussed the current situation in Afghanistan, Pak-Glasgow relations, war on terror and other issues.

During the visit to Glasgow, Governor Sarwar also met Pam Gosal, the first Sikh female member of Scottish Parliament. Pam Goshal termed the facilities provided to the Sikh community in Pakistan and especially the Kartarpur corridor project as a sign of great love for the minorities in Pakistan.

She said that the Sikh community has always considered Pakistan as its second home and Sikh pilgrims visiting Pakistan always return happy.

Talking about the meetings, Sarwar called them successful. “I am happy that everyone appreciates Pakistan's role in bringing peace to Afghanistan and eradicating terrorism,” he said.

The governor said that he has urged the Scottish officials to extend help to Afghanistan in order to avoid humanitarian crisis there.

The lack of basic services in Afghanistan, including health care, is a matter of concern for all. Pakistan has been playing its role for peace and stability in Afghanistan from day one and will continue to do so in the future but the world also has to adopt a conscious policy towards Afghanistan, he said.