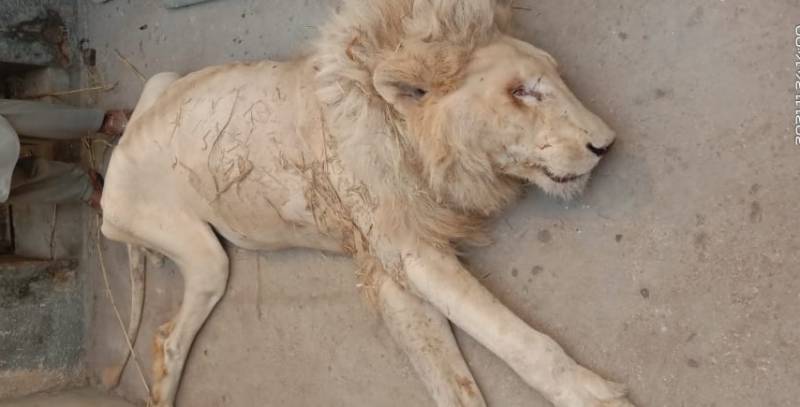 KARACHI – The Karachi Metropolitan Corporation (KMC) has removed a senior director of Karachi Zoo over his negligence that caused the death of a rare white lion.

Senior Director Zoo and Safari Khalid Hashmi has been dismissed from his post and directed to report to the local government department.

Mansoor Qazi has replaced Hashmi as the director of the zoo.

Earlier this week, the white lion died after lungs failure due to pneumonia.

Reports quoting the KMC official said that the giant carnivore, who was already suffering from pulmonary tuberculosis, contracted a lung infection and could not recover from pneumonia.

He also mentioned that the age of the lion was around 14 and 15 years and he was brought to Sindh provincial capital from Africa back in 2012.

Reports further added that veterinarians also performed an autopsy on the big cat to investigate the illness and the cause of the death.

Meanwhile, Karachi administrator and PPP leader Murtaza Wahab had sought a report on the death of the rare white lion and vowed to take action against officials involved in the negligence.

Peoples from all walks of life have expressed concerns over the poor treatment being meted out to the animals at the zoo, following the death of the white lion.

People of various walks of life are raising concerns over the treatment with animals in Pakistan, following the death ...