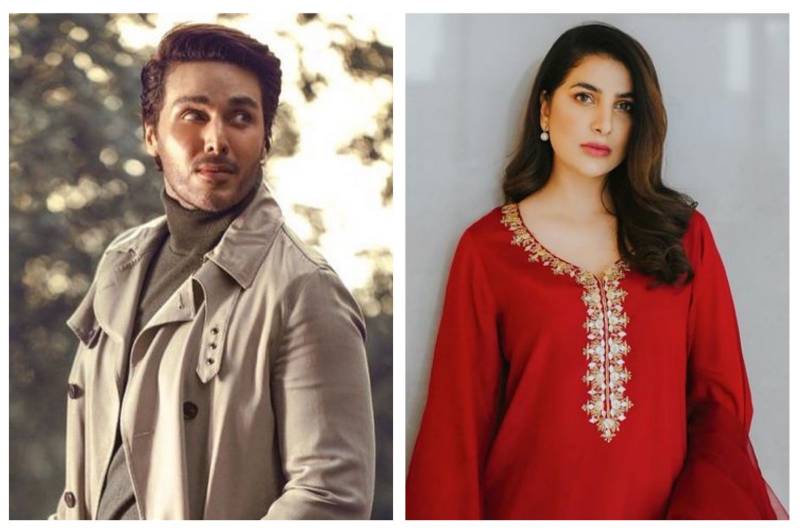 People of various walks of life are raising concerns over the treatment with animals in Pakistan, following the death of a rare white lion at Karachi Zoo this week.

The rare big cat breathed its last on Wednesday after its lungs stopped working due to pneumonia, according to a spokesperson for the Karachi Metropolitan Corporation (KMC). Brought to the Karachi from Africa in 2012, the age of the lion was between 14 to 15 years.

The lion was reportedly ill for the last 13 days and suffering from Pulmonary TB which was being treated by veterinarians but "he could not recover and died due to his illness.”

Now, the internet is outraged and people are calling out the authorities for animal abuse provided the shocking state of the lion's body.

Jumping onto the bandwagon, celebrities and masses alike were mortified to discover how animals are being kept in the Karachi Zoo.

He died because we couldn't look after him!

Zoos should be a place where animals go for protection, hospitalisation,rehabilitation, recreation & breeding! At the very least, people can then go to observe them.

Anything less than that,Are NOT Zoos they are animal prisons! https://t.co/uHMmagL3rF

Mortified to find out how animals are being kept in the #KarachiZoo, apparently because of lack of funds. And this African lion died today. They say it’s tuberculosis. He was being kept in the same enclosure as the Lioness with such a contagious disease. pic.twitter.com/GSwthV8Zly 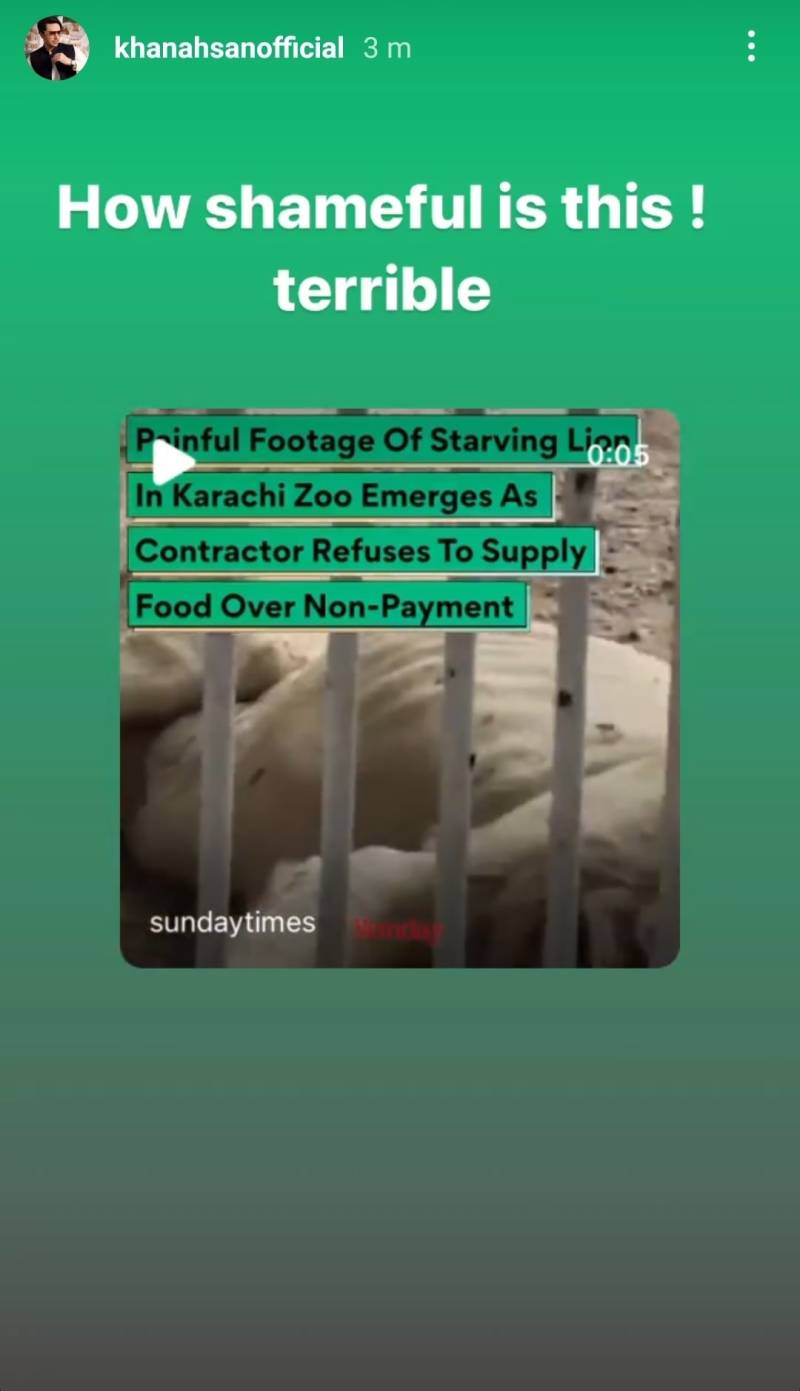 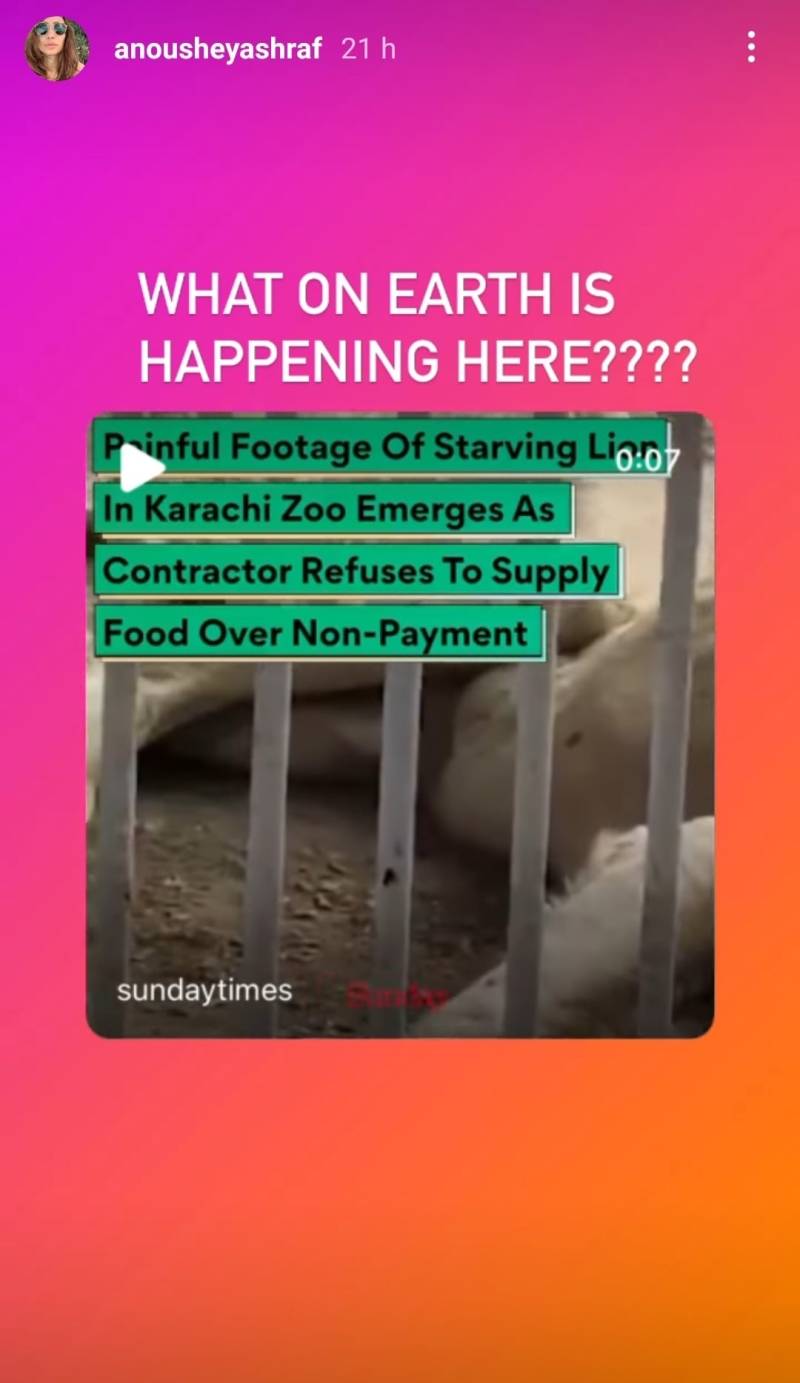 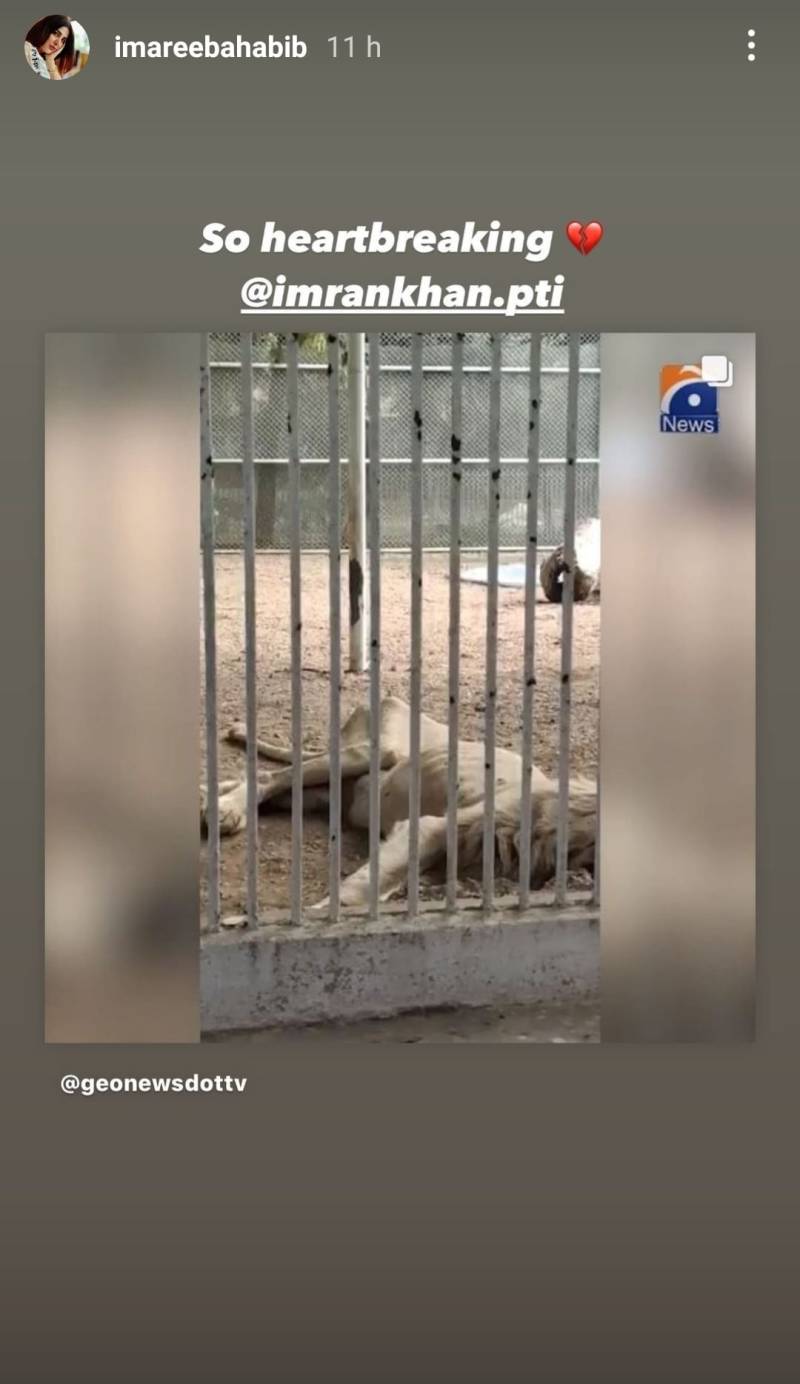 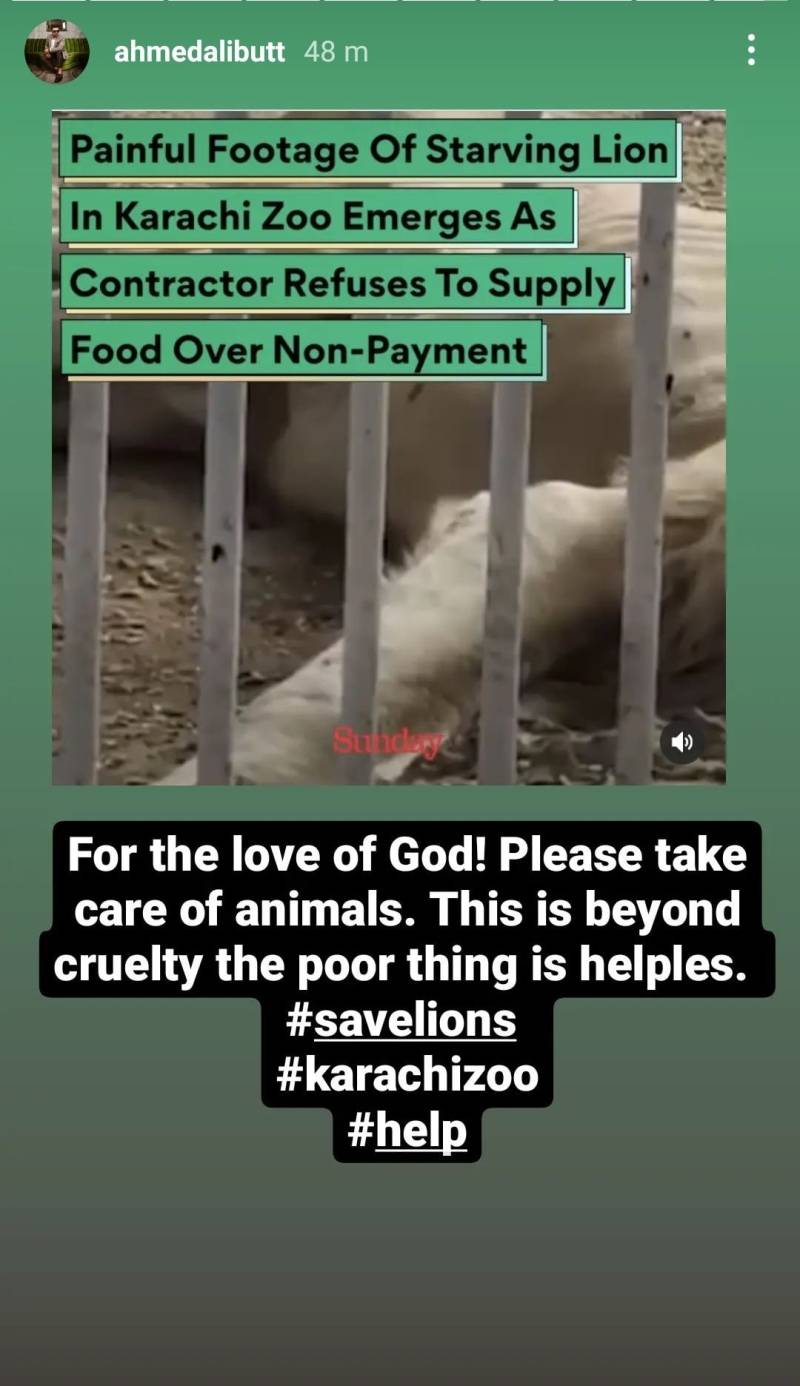 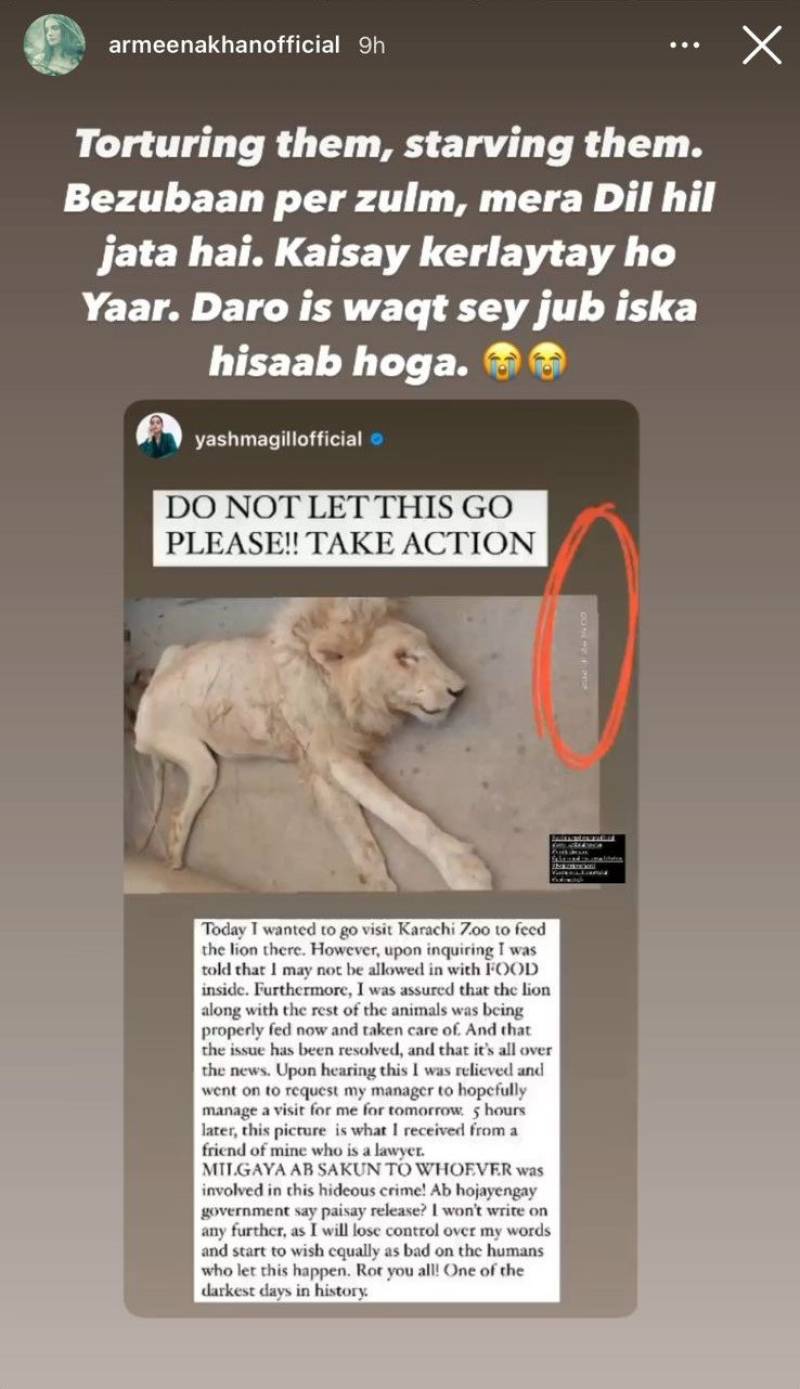 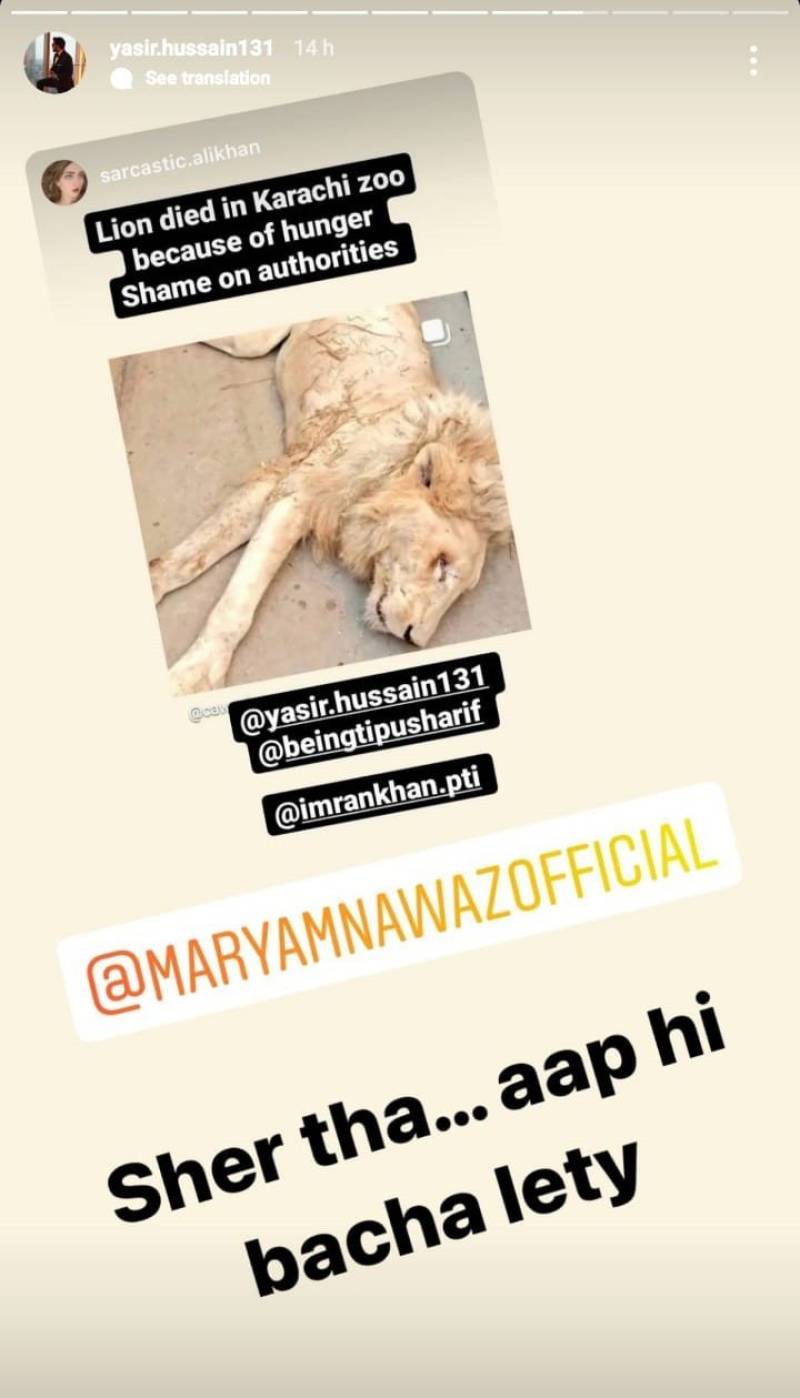 Meanwhile, a video of the starving lion has gone viral, highlighting the halt in food supplies for animals at the zoo over the lack of payment by the Karachi Metropolitan Corporation (KMC).

Earlier, an elephant named Kaavan was shifted to Cambodia after widespread outrage over neglect and mistreatment at an animal sanctuary in capital Islamabad.

KARACHI – A rare white lion on Wednesday died after lungs failure due to pneumonia, Karachi Metropolitan ...