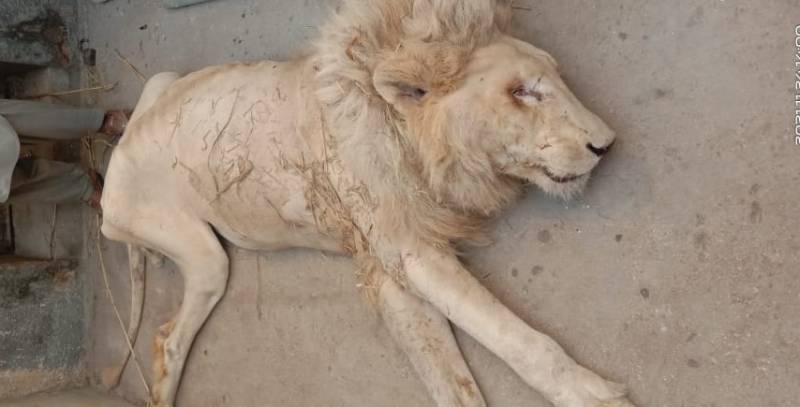 Reports quoting the KMC official said that the giant carnivore, who was already suffering from pulmonary tuberculosis, contracted a lung infection and could not recover from pneumonia.

He also mentioned that the age of the lion was around 14 and 15 years and he was brought to Sindh provincial capital from Africa back in 2012.

Reports further added that veterinarians also performed an autopsy on the big cat to investigate the illness and the cause of the death.

Meanwhile, Karachi administrator and PPP leader Murtaza Wahab sought a report on the death of the rare white lion. He added that the lion was from a rare breed and that strict disciplinary action will be taken against the zoo management if any negligence is found.

In a similar development, the news of the lion's death comes a day after a clip of a starving lion was widely shared on social media, prompting outrage.

The disturbing clip of the lion in the Karachi Zoo was uploaded on social media prompting KMC to issue a statement that all animals at the zoo are being given a proper diet.