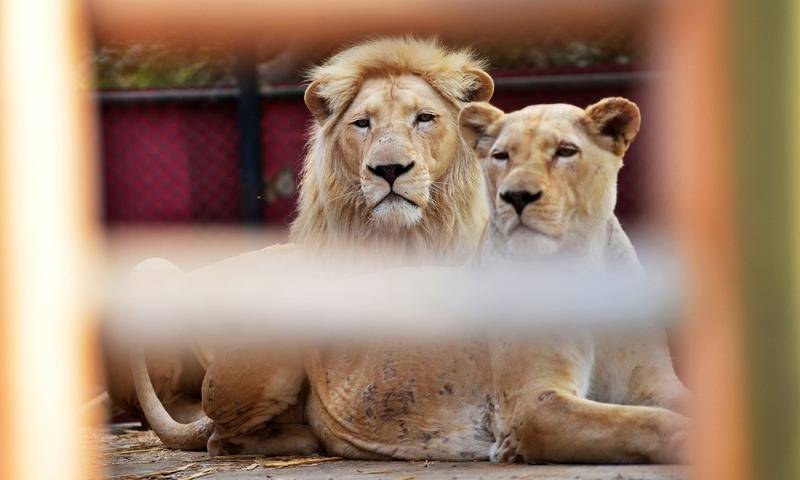 LAHORE – A male lion has died only a day after the death of a lioness at a wildlife sanctuary in Pakistan on Thursday.

The lion was seriously ill after the caretakers at Islamabad’s Marghazar Zoo lighted fire inside the cage and forced the lion to move out. It was being looked after by veterinarians at the Mohiuddin Private Breeding Farm on Ganda Singh Road in Lahore.

On Wednesday, the Islamabad Wildlife Management Board (IWMB) confirmed the death of a nine-year-old lioness while it was being moved to an animal sanctuary in Lahore.

MULTAN – The Punjab Wildlife Department has recovered a pair of lions from the custody of a person and imposed a ...

Reports in local media say that both the big cats died due to mismanagement and poor facilities at the Islamabad zoo, raising serious concerns against management.

On the other hand, IWMB Chairman Dr Anis Rehman said the lioness likely died “due to travel stress” while being relocated to Lahore. The lions were moved at night between July 26 and July 27 in cages fabricated for transportation.

Dr Rehman said that the process of catching animals and shifting them into cages causes stress, which was compounded by the hot and humid weather.

LAHORE - A female leopard who was imported from South Africa a week ago died on Sunday morning, confirm officials. The ...