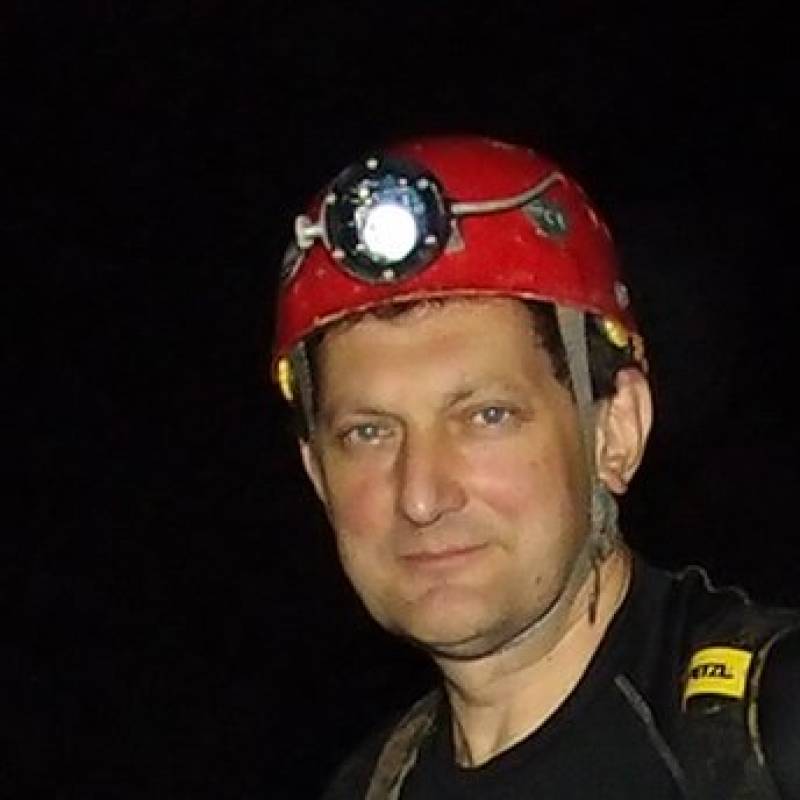 LONDON – Pakistani reporters in London from different media houses called out Daily Mail reporter David Rose for blatantly lying about their meeting in Oxford and how David Rose refused to speak on the record but asked Pakistani journalists to target Kaveh Moussavi.

In a tweet, the right-wing tabloid journalist accused Pakistani reporters of censoring his interview but four reporters then unanimously told David Rose that it was actually him who was lying in public and attacking them to actually vent his anger at Kaveh Moussavi, the owner of Broadsheet LLC who has won $30 million from Pakistan over a broken contract.

David Rose took to Twitter and said that Pakistani reporters had not published his statements about Kaveh Moussavi.

Right after this latest interview with Moussavi, Murtaza and colleagues came to my house. I spoke to them for 20 minutes. They took photos with me. Yet they didn't broadcast my statement that - as I've already made clear - the claim I asked Moussavi for money is a lie. Why? https://t.co/zDVNeQl0Zr

Within minutes, Dunya News UK Bureau Chief Azhar Javed told David Rose that he was lying and he had told the reporters to keep their meeting off the record. 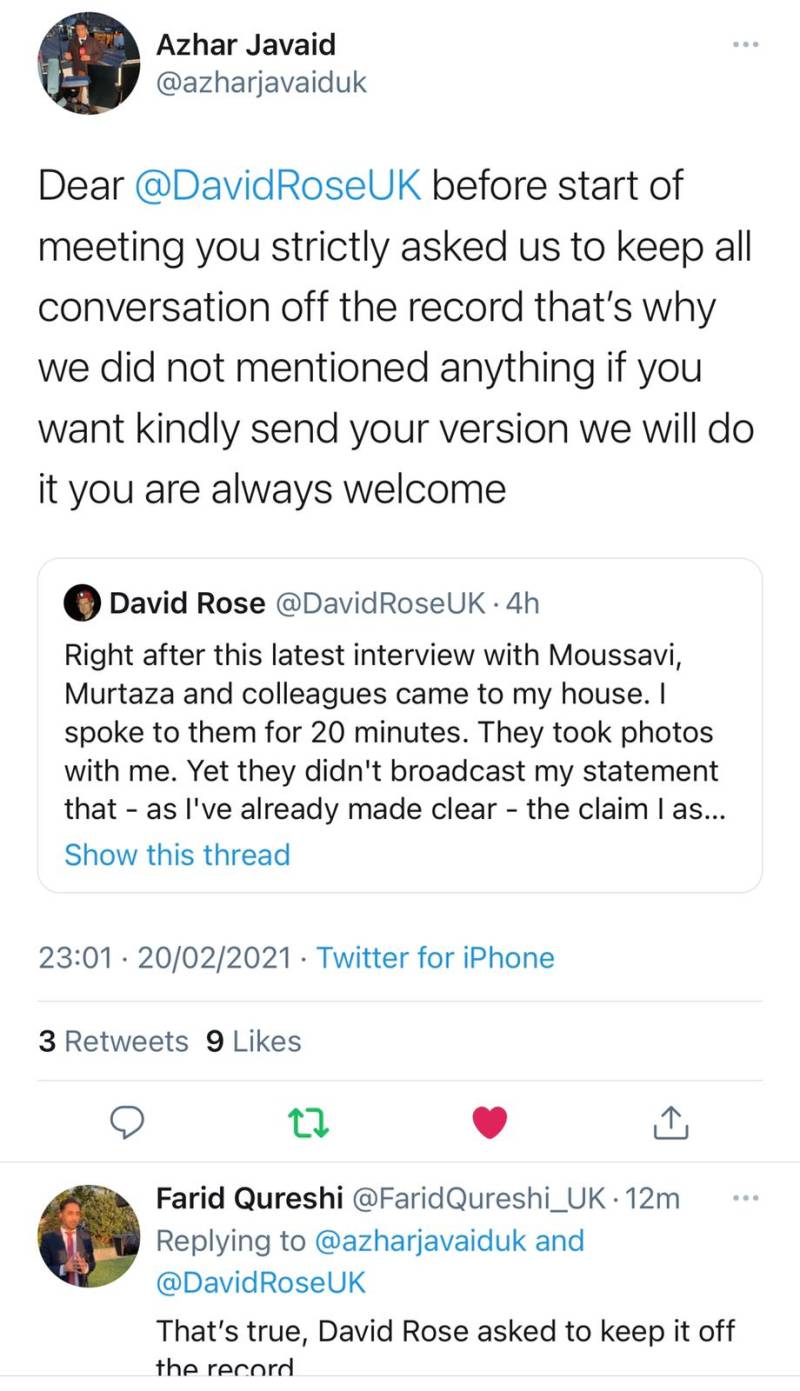 ARY reporter Fari Qureshi contradicted David Rose and said that it was David Rose who had asked Pakistani reporters to keep his comments off the record and refused to speak on the record.

Channel 24 HD Bureau Chief UK Asad Malik tweeted to David Rose that they had met on the condition of secrecy and that his statement was fake. 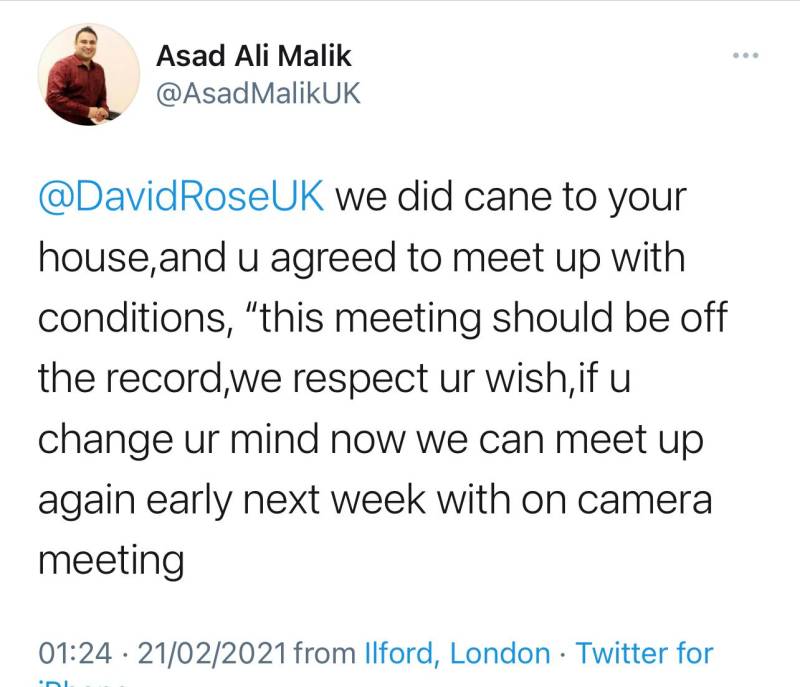 Murtaza Ali Shah replied to David Rose: Dear @DavidRoseUK before start of meeting you strictly asked us to keep all conversation off the record that’s why we did not mention anything if you want kindly send your version we will do it you are always welcome.

Talking to DailyPakistan, two Pakistani reporters shared that they wanted to respect the request of David Rose to keep the meeting off the record but the statement he issued was fake news, defamatory and baseless and came as a shock to all reporters.

One reporter said: “For Daily Mail reporters to indulge into unsubstantiated allegations and hysteria of morality is not shocking given this is what they are supposed to be doing daily but to attack Pakistani reporters in this manner was upsetting for the reporters. David Rose has been running a campaign against Pakistani reporters in the UK for not listening to his orders. He has been calling reporters and ordering them to write stories against Kaveh Moussavi of Broadsheet.”

“What’s in it for me?” David Rose asked Kaveh Moussavi during their meeting in Oxford before October 2019 meeting with Shahzad Akbar.

“What do you want?” wondered Kaveh Moussavi.

“I want you to pay me £250000 towards my mortgage and help me settle it,” demanded David Rose.

Kaveh Moussavi says he agreed to pay £250000 to David Rose as commission but they later fell out as David Roe became upset with him for not agreeing to the demands made by Shahzad Akbar as that effectively prevented the future deal too.

They remained on friendly terms but things became tense between them as Kaveh Moussavi received $27 million from Pakistan early this year and didn’t pay anything to David Rose.

Their tense conversations continued until a month ago and David Rose personally released a screenshot which showed how he was asking Kaveh Moussavi for any information against Shahbaz Sharif which could be helpful in Daily Mail vs Shahbaz Sharif defamation case.

David Rose has confirmed he used to visit Kaveh Moussavi’s home, organised meeting with Shahzad Akbar, negotiated terms between them and personally moderated the meeting in October 2019 but he says he didn’t ask Kaveh Moussavi for money.

He said: “I repeat David Rose asked me for £250000 commission. We made the deal at our home. He said he will get the money for me from Pakistan and claimed that he knew PM Imran Khan and Shahzad Akbar. In return, he asked me to settle £250000 towards his mortgage. He was keen for us to sign another deal. David Rose is my neighbour and has known me closely since 2013. He knows where I live. I challenge him to sue me and I will produce evidence of our deal.”