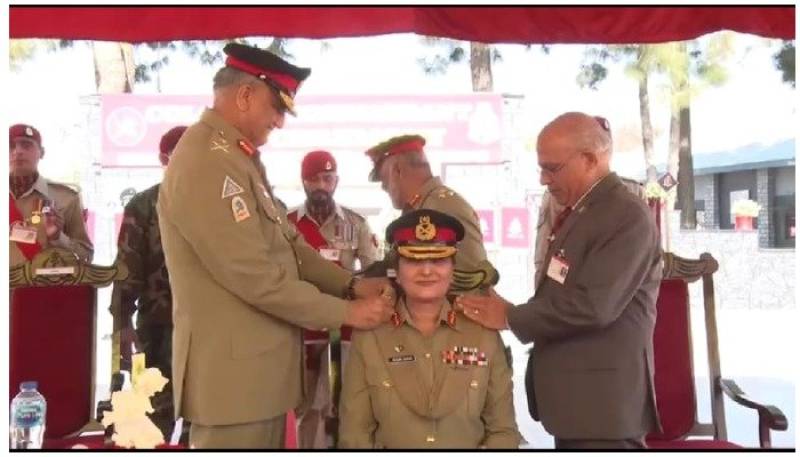 Lieutenant General Nigar Johar has been appointed the Colonel Commandant of the Army Medical Corps (AMC).

According to the Inter-Services Public Relations (ISPR), she is the first woman officer to be appointed to the position.

The military’s media wing said in a statement that Chief of Army Staff General Qamar Javed Bajwa pinned the badges of the new rank on Lt Gen Johar’s uniform during a ceremony at the AMC Centre to formally install her to the new post.

Addressing the ceremony, Gen Bajwa said that appointment of Lt Gen Johar as the first woman army officer to have three stars on her uniform is “indeed, a matter of immense pride for Pakistan Army and the country”.

“AMC has always answered the call of duty during natural calamities, both inland and abroad. Our doctors and paramedical staff have been the frontline warriors against COVID-19, displaying exemplary commitment and resolve for the safety and wellbeing of the people of Pakistan,” he said.

In his concluding remarks, he said that keeping pace with the rapid advancements in medical science was imperative for doctors and paramedics to keep themselves on a par with the modern militaries and best healthcare practices across the globe.

Gen Bajwa also laid a wreath at Yadgar-e-Shuhada at the AMC Centre on the occasion and offered fateha for the souls of the martyrs.