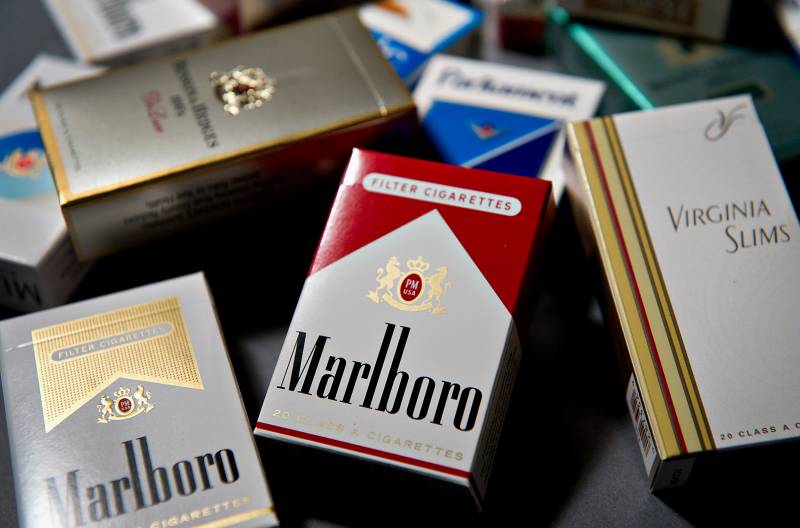 Pakistan's health ministry had announced in February 2015 that it was changing an ordinance to increase health warnings on the front and back of cigarette packs to 85 per cent.

The increased warning area on the cigarette pack posed a threat to the business interests of the cigarette brands who sprung into action to gain the confidence of top government officials and finally convinced them to dilute the proposals.

The top executives of Philip Morris discussed the issue in 2015 with government officials and wrote two letters to the Prime Minister’s Office in 2017, to water down the proposals.

Additionally, British American Tobacco, through its local subsidiary, also lobbied Prime Minister Shahid Khaqan Abbasi with a letter and met Pakistani officials, according to government documents and a review of the October 2017 communication.

The lobbying did not go fruitless as instead of 85 percent, the new rule, which comes into effect on June 1, requires warnings that cover 50 percent of the pack, a mere 10 percent rise in the space .

Both Philip Morris and British American Tobacco confirmed to international media that they had used spoken to government officials, like any other global company.

What gives credence to the successful lobbying is the confirmation by two current and one former health officials who admitted that their ministry watered down a requirement to increase the size of health warnings. One of the current officials also cited pressure from Abbasi’s office.

The economic factor seems to have a decisive role in succumbing to the pressure of tobacco firms as an official at the Federal Board of Revenue said the sector contributes heavily to the nation’s finances as more than $550 million in excise taxes was collected during the 2016-17 fiscal year alone.

The initiative to increase the warning area was taken by Health Minister Saira Afzal Tarar; it was aimed at deterring tobacco use and if executed, would have put Pakistan near the top of global rankings for the size of such warnings, according to the Canadian Cancer Society.

The health ministry notification said the new warnings needed to be applied by March 30, 2015, however, on March 13, a delegation from a subsidiary of British American Tobacco, Pakistan Tobacco Company Ltd, met the country’s then-finance minister, Ishaq Dar, and expressed its reservations about the notification issued by the health ministry.

According to government minutes of the meeting, the tobacco representatives argued that the bigger health warning would lead to more smuggling of black market cigarettes and a “decrease in revenue”, saying that cigarette packs become indistinguishable by brand or promised quality when the packaging is covered by disturbing images.

Soon after the meeting, Dar formed a review committee that was to examine the issue and present a report within seven days, though the minister claimed that the government’s decisions were not influenced by Philip Morris or BAT.

Meanwhile, on March 27, as the review committee began discussing the issue - with representatives of tobacco firms in attendance - the health ministry issued a notification and postponed the implementation date for the new 85 percent health warnings, by two months.

The growing pressure was confirmed by Health Minister Tarar who said the tobacco industry was one of the biggest taxpayers in the country and so the finance ministry and the federal revenue board definitely have “some soft corners for them”.

Though Dar negated any such soft corner, contradicting his fellow.

BAT’s Pakistan Tobacco Company's lobbying was followed by Philip Morris and two internal documents related to an Asia corporate affairs meeting in Indonesia in 2015 said the company had devised a “campaign to roll-back” the tobacco pack rules in Pakistan, without revealing further details.

Moreover, a group of smaller tobacco companies, growers and industry associations also joined the lobbying effort, according to government records following which the panel’s subsequent recommendation to roll back the increase in the size of health warnings, to 50 percent and then 60 percent was sent to the finance ministry for approval in August 2015.

The health ministry kept delaying the implementation of the start date of the 85 percent requirement - a proposal published in the nation’s official gazette but never enforced.

“We would kindly request your near-term intervention to direct the concerned officials to enforce the steps mentioned in the IMC recommendation,” Huenemann wrote in the letter dated Oct. 2, referring to the inter-ministerial committee set up by Ishaq Dar.

In his letter, Philip Morris’ Huenemann reminded Abbasi that he had spoken with his colleague the previous month at a meeting of the U.S.-Pakistan Business Council in New York. He also mentioned that he had personally met Abbasi's predecessor, Nawaz Sharif, to discuss the issue of illegal cigarette manufacturing.

Moreover, BAT’s unit, Pakistan Tobacco Company, whose brands include John Player Gold Leaf and Benson & Hedges, made the same requests to the prime minister on Oct. 18.