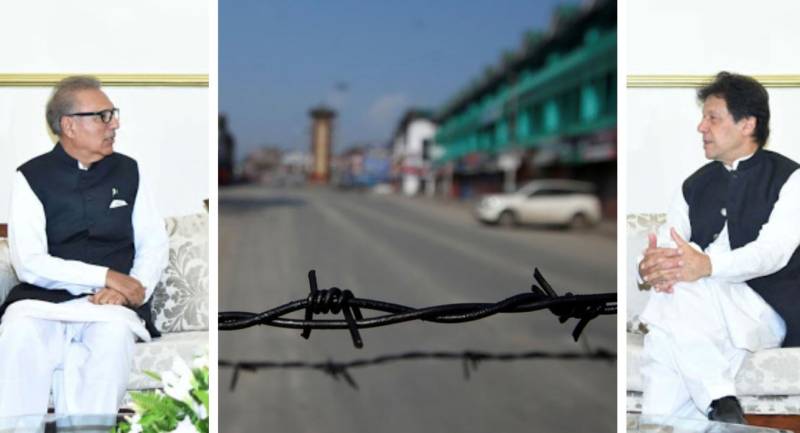 President Dr. Arif Alvi said the resolution of the Jammu and Kashmir dispute in accordance with the relevant UN Security Council resolutions and the wishes of the Kashmiri people is key to durable peace in South Asia.

President of the Islamic Republic of Pakistan on Kashmir Solidarity Day.#KashmirSolidarityDay pic.twitter.com/1EIVRCV2D6

— The President of Pakistan (@PresOfPakistan) February 5, 2021

Calling self-determination one of the fundamental rights codified in the United Nations Charter, Alvi said the denial of this right and subjugation of Kashmiris is the very negation of human dignity.

President said the demographic apartheid in the occupied territory by the Indian occupation forces is a further violation of international law wherein the Kashmiris’ majority is being turned into a minority in its own land.

Prime Minister Imran Khan in his message on Kashmir Solidarity Day reaffirmed Pakistan’s resolute support for the Kashmiri brothers and sisters, who continue to be subjected to an inhuman military siege and communications blockade since August 5, 2019.

Today, on this Kashmir Solidarity Day, we reaffirm our resolute support for our Kashmiri brothers and sisters, who continue to be subjected to an inhuman military siege and communications blockade since 5 August 2019.

Chief of the Army Staff (COAS) General Qamar Javed Bajwa also stated that it was “time to end this human tragedy and resolve the Kashmir issue as per aspirations of the people of Jammu and Kashmir and United Nations.”