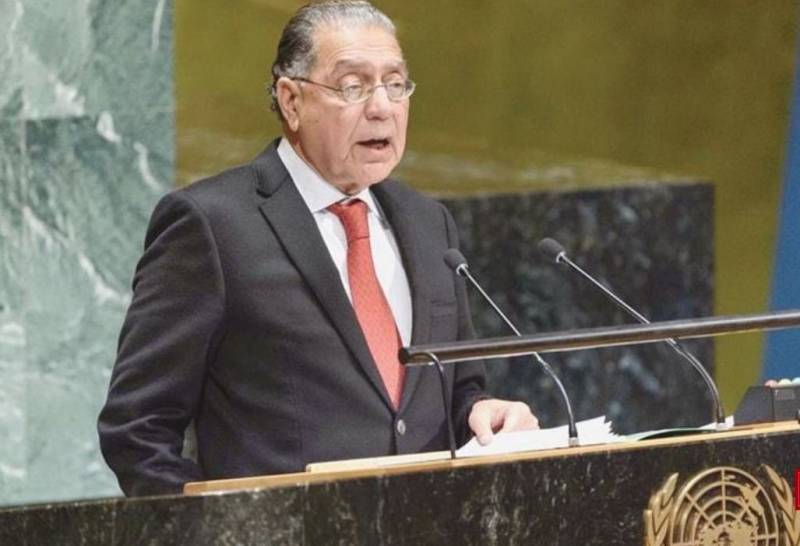 NEW YORK – Ambassador Munir Akram called on the United Nations and the world community to take steps to execute the U.N. resolutions that granted the Kashmiri people the right to decide their future through UN-supervised plebiscite.

Pakistan’s Ambassador to the United Nations underscored the need for settlement of the lingering Kashmir dispute. UN and the international community have a responsibility to help resolve the Jammu and Kashmir dispute.

Kashmir is the beating heart of Pakistan. The ‘K’ in Pakistan stands for Kashmir. The idea of Pakistan is incomplete without it. The people of Pakistan have always stood resolutely with their Kashmir brethren against Indian oppression and aggression, he added in a message on Kashmir Solidarity Day.

On this special day, we express our unshakable solidarity with the people of Indian occupied Jammu and Kashmir and assure that Pakistan will always stand shoulder-to-shoulder with them #KashmirSolidarityDay #KashmiriLivesMatter #IIOJK pic.twitter.com/Y8Vf8SmeBQ

At the heart of the dispute is India’s illegal occupation and persistent refusal to allow the people of Kashmir to exercise their inalienable right to self-determination, he said in an opinion piece, ‘Danger in Jammu and Kashmir’.

He added that the deployment of at least 900,000 Indian soldiers has turned the valley into the most militarized territory in the world. New Delhi has abrogated all fundamental rights and freedoms of the Kashmiris; imposed crippling curfews and communications blackouts; detained the legitimate Kashmiri leadership; killed, maimed, and tortured thousands of innocent people and devised sinister designs to turn occupied Kashmir from a Muslim-majority state into a Hindu-dominated territory.

Inevitably, India will fail to oppress the brave Kashmiris. It is an abiding lesson of history is that a people determined to free themselves of foreign occupation are destined to succeed. Our own freedom struggle against colonialism is a testament to this.

Ambassador added that ‘unilaterally and illegally’ revoking the special status of Jammu and Kashmir in August 2019, India was now carrying out what the Bhartiya Janata Party-Rashtriya Swayamsevak Sangh (BJP-RSS) leadership ominously calls a ‘final solution’ for the disputed territory.

The day is not far when Kashmiris will be able to free themselves from the yoke of Indian occupation. Unity of purpose and a single-minded determination of the Kashmiris remains the biggest strength of the struggle.