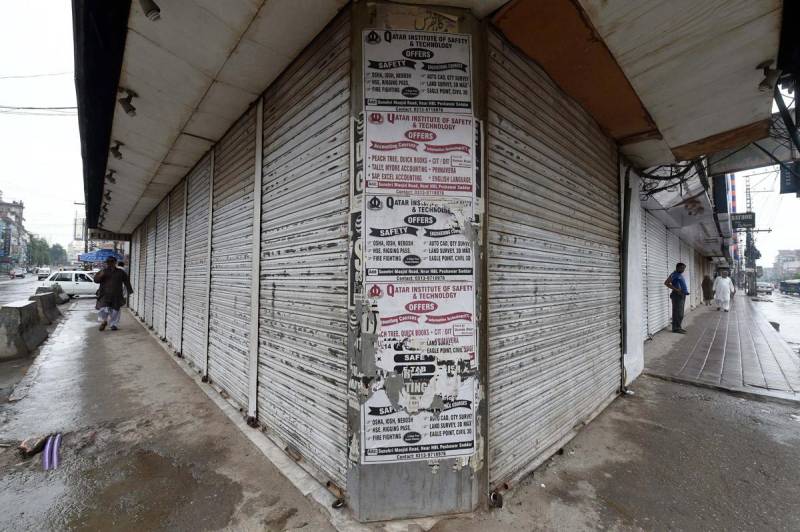 LAHORE – Pakistan religious groups have called for a shutter-down strike across Pakistan today to protest the operation against a banned religious outfit in Punjab capital on Sunday.

Religious groups led by Mufti Muneeb-ur-Rehman announced the complete strike with other Ulema. Speaking at a presser at Jamia Amjadia in Karachi, the former Ruet committee chairman said the government has acted immaturely and treated its people cruelly instead.

The failure to deal with such a sensitive situation raised a serious question mark on the performance of the federal and provincial governments and law enforcement agencies.

JUI-F chief Maulana Fazlur Rehman also supported Mufti Muneeb’s call for a shutter down strike against the Lahore operation. Terrorists are not the ones who talk about the honor of the Holy Prophet (PBUH). Terrorists are Imran Khan and his cabinet ministers, Fazl added.

Meanwhile, markets and public transport will remain closed in Karachi while Police and Rangers are on high alert.

The security of Federal Interior Minister Sheikh Rasheed Ahmed has been beefed up in wake of the current situation. Earlier today, Sheikh Rashid announced that 11 policemen who were taken hostage in the Punjab capital have been released after the first round of talks with banned Tehreek-i-Labbaik Pakistan (TLP).