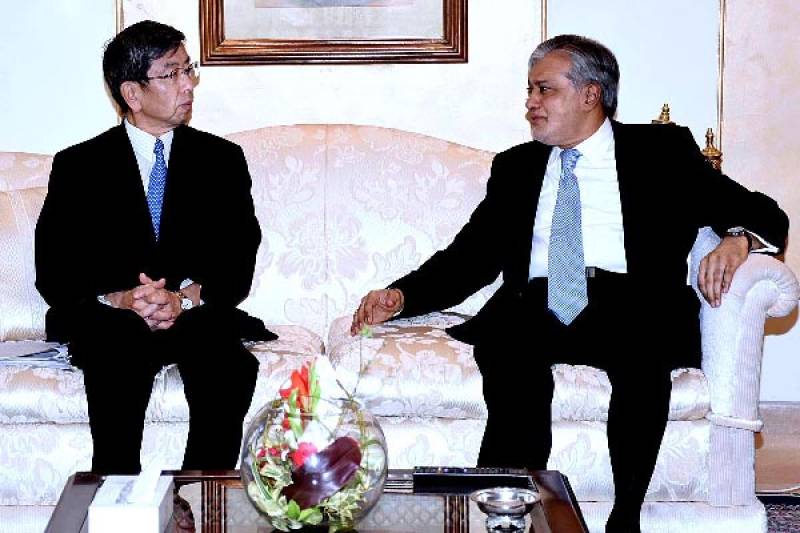 ISLAMABAD - President Asian Development Bank (ADB) Takehiko Nakao here on Tuesday said that given the strong economic credentials of Pakistan and forecasting the country’s growth trajectory, the ADB was actively considering to increase its development assistance  in Pakistan.

The visiting ADB President stated this during a meeting with Minister for Finance, Senator Muhammad Ishaq Dar here this morning for official talks.

The Finance Minister on the occasion welcomed the guest and felicitated him on his nomination for a second term as the President of the Asian Development Bank.

He appreciated the leadership of President Nakao in development of pro-growth programs of the ADB, a statement of Finance Ministry issued here said.

The Finance Minister also expressed his grief and sadness on the latest attack on Police Training College in Quetta. President ADB, Nakao offered his condolences on the sad incident that took place in Quetta last night.

He also said that such incidents are shocking but the world acknowledges the remarkable resilience shown by the government and people of Pakistan for eliminating terrorism.

The Finance Minister gave an overview of recent economic developments that have taken place in Pakistan and the reform process which the government has rigorously followed to revamp the economy.

ADB President congratulated the Finance Minister for leading the reforms under the IMF program.

The Minister said that the government has successfully put in place policies resulting in a strong macro economic framework which will provide a platform for higher growth and increased social sector spending.