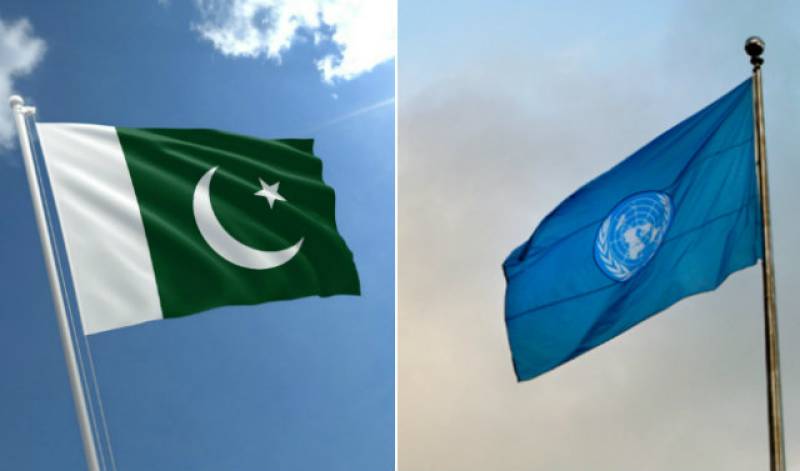 ISLAMABAD - The United Nations in Pakistan organised an event to celebrate the 72nd anniversary of the world body on Thursday.

All staff members, member states, the diplomatic community and government counterparts were invited to take part in the festivities.

On the occasion, UN Resident Coordinator in Pakistan Neil Buhne said: “Pakistan has a wealth of diversity among its people,” he said. He added, “Scientists, activists, Nobel winners, hard-working men and women, a military that has contributed to the top leadership to UN peacekeeping, dedicated and skilled federal and provincial civil servants. It is fitting then that the theme for this year’s UN Day is ‘Potential in Diversity’.”

Neil Buhne further highlighted that “the UN by its work in Pakistan is privileged to partner with the government of this country to build strength from this diversity to overcome the shared challenges.”

The event also commemorated the service of those staff members who have served with the UN for more than 25 years and their commitment to service was recognised and awarded. Staff members also renewed their oath of office as part of the programme.

Economic Affairs Division Secretary Arif Ahmed Khan expressed on the occasion that “our partnership with the UN is important to help us advance Pakistan’s development objectives and priorities. The government, and the UN, and people of Pakistan will continue to work together to further prosperity, peace and improve the lives of future generations.”