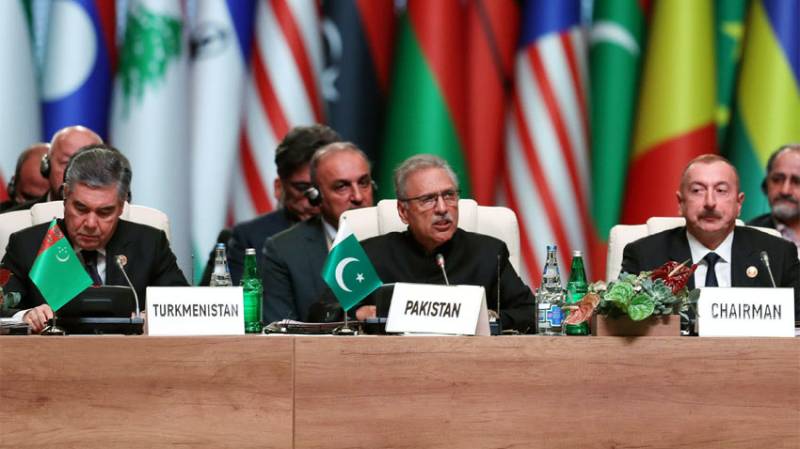 BAKU - President Dr Arif Alvi calling Indian unilateral actions in Occupied Jammu and Kashmir illegal and unethical has said that it is time to resolve the internationally recognized Kashmir dispute justly and peacefully.

Addressing the 18th Summit of the 120-member Non-Aligned Movement at Baku in Azerbaijan, he said the Indian actions on 5th of August designed to alter the disputed status of Jammu and Kashmir constituted to a willful violation of the UN Security Council's resolutions and international law.

The President said the Indian actions in Jammu and Kashmir represent a direct assault on the Kashmir's right to self-determination.

He said the self-serving tactics could not weaken the resolve of Kashmiri people to continue their struggle for inalienable rights guaranteed under international laws and consistently reaffirmed by the Non-Aligned Movement, the Radio Pakistan reported.

Dr Arif Alvi said the lasting peace in the region could only be achieved through the resolution of outstanding disputes which also hindered the growth and realization of countries' true economic potential.

About Afghanistan, the President said Pakistan has demonstrated its commitment by facilitating political settlement in Afghanistan by supporting an Afghan-led and Afghan-owned peace process.

Turning to the situation in the Middle East, Dr. Arif Alvi said Pakistan remained concerned about the evolving developments in the Middle East and Gulf region and is endeavoring to facilitate a process to help ease tensions and resolve differences through political and diplomatic means.