'Time for Waziristan and other new districts to flourish and progress,' says COAS Bajwa 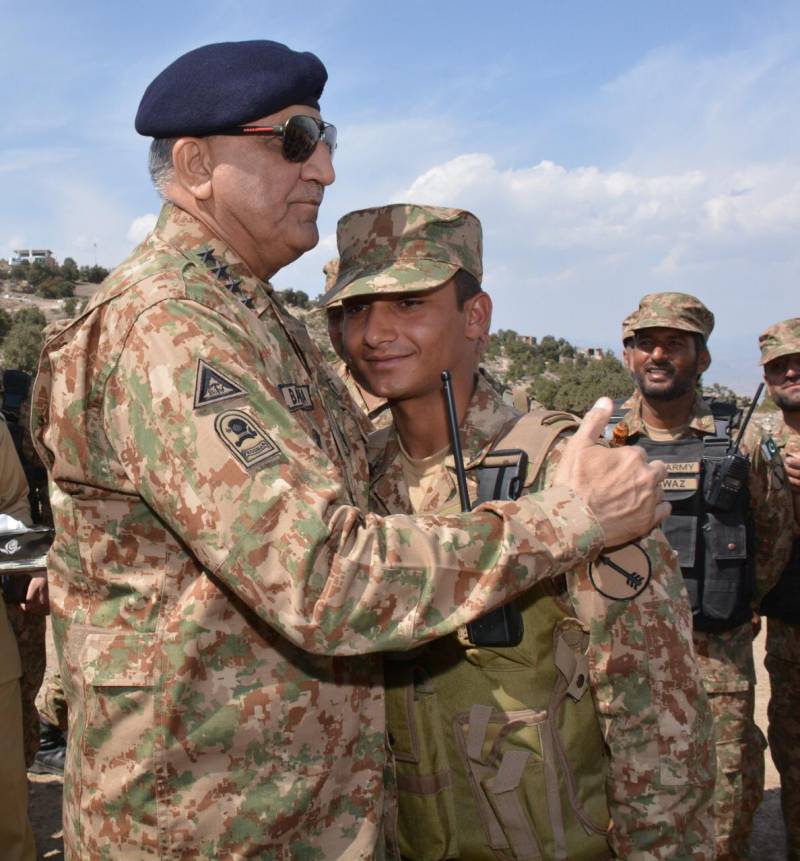 The military's media wing, in a statement, said that the army chief was briefed on the security situation, border management, progress of development works, and the rehabilitation of TDPs in the district.

On the occasion, Gen Bajwa expressed his satisfaction and directed for continued focus on stability operations and socio-economic development so as to achieve enduring peace.

While interacting with troops, he commended officers and men for their courage, dedication and the spirit of sacrifice and said that we shall never allow the reign of terror to return.

General Bajwa said it is time for Waziristan and other new districts to flourish and progress.

Earlier on September 24, the army chief had said that the honour and security of the country always comes first while addressing the cadets on his visit to the Pakistan Military Academy, Kakul.

“The honour and security of the country always comes first, the honour, safety and welfare of the soldiers comes next and the comfort of officers comes last always and every time,” he said.