World's most expensive shoes made of diamonds, gold costing $17 million unveiled in Dubai 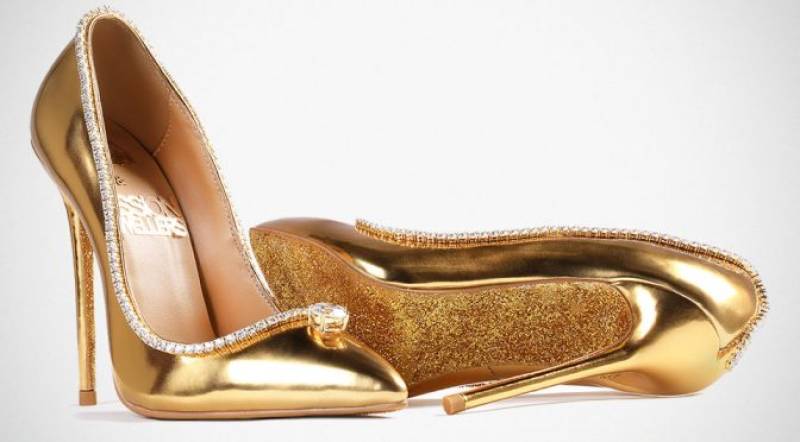 DUBAI - The world's most expensive pair of shoes worth USD 17 million will be launched in the UAE today (Wednesday).

The luxury footwear, made from diamonds and real gold, was designed and created over a period of nine months, Khaleej Times reported.

The Passion Diamond Shoes, with a price tag of 62.4 million dirham (USD 17 million), feature hundreds of diamonds, together with two imposing D-flawless diamonds of 15 carats each, the report said.

The pair, created by the UAE-based brand Jada Dubai in collaboration with Passion Jewellers, will be unveiled at the world's only 7-star hotel, Burj Al Arab.

The report claimed that the footwear is the world's "most expensive", as previously, Debbie Wingham high heels were considered the most expensive footwear costing USD 15.1 million (55.4 million dirham).

The shoes on display at the launch event is a prototype of 36 EU, but after the sale, it will be made for the specific size of the customer that will own the Passion Diamond Shoes.