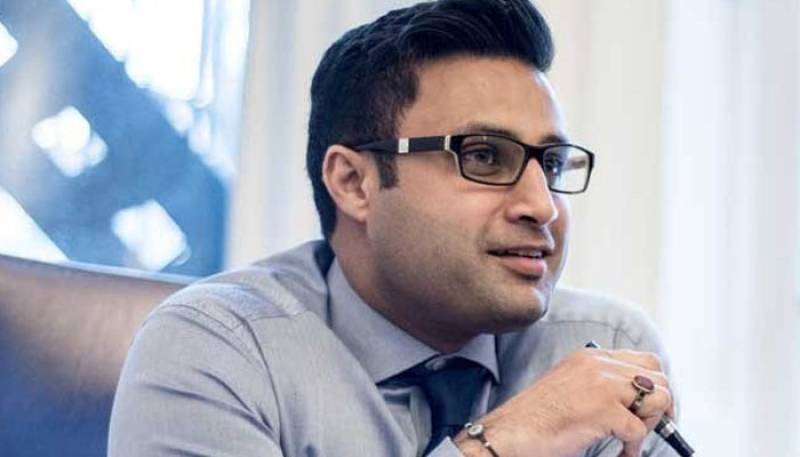 ISLAMABAD - A petition was filed with the Supreme Court on Wednesday challenging the appointment of Sayed Zulfiqar Abbas Bukhari as special assistant to prime minister on Overseas Pakistanis & Human Resource Development with the status of Minister of State.

Raising objection over the dual nationality of Bukhari, a close aide of Prime Minister Imran Khan, the petitioners, Muhammad Ali Chattah and Mirza Abul Moiz Baig, asked the apex court to remove him from the post.

In the case, the Federation of Pakistan through Secretary Cabinet Division, PM Imran Khan and Bukhari have been made respondents.

On September 17, Khan appointed his close friend. The Cabinet Division had issued a notification in this regard which states “In terms of rule 4(6) of the Rules of Business. 1973 read with serial number IA of Schedule-VA of the said Rules, the Prime Minister has been pleased to appoint, with effect from 14th September, 2018, Sayed Zulfiqar Abbas Bukhari as Special Assistant to the Prime Minister on Overseas Pakistanis & Human Resource Development, with the status of Minister of State.” 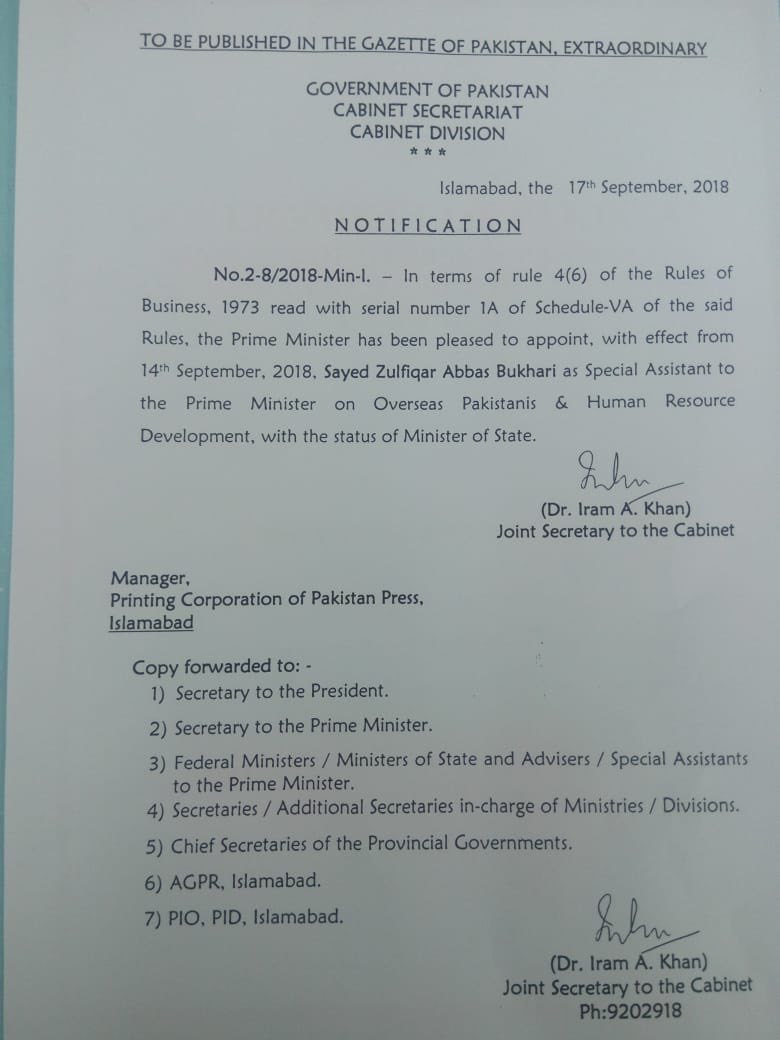 With the induction of Zulfi Bukhari in the Federal Cabinet, the total number of the Cabinet members has reached 32.

Besides Zulfi Bukhari, Mirza Shahzad Akbar, Iftikhar Durrani and Naeem ul Haq have also been included in the Federal Cabinet as the prime minister’s special assistants.