Kashmir conflict: US President Trump urges Pakistan, India to 'work it out' 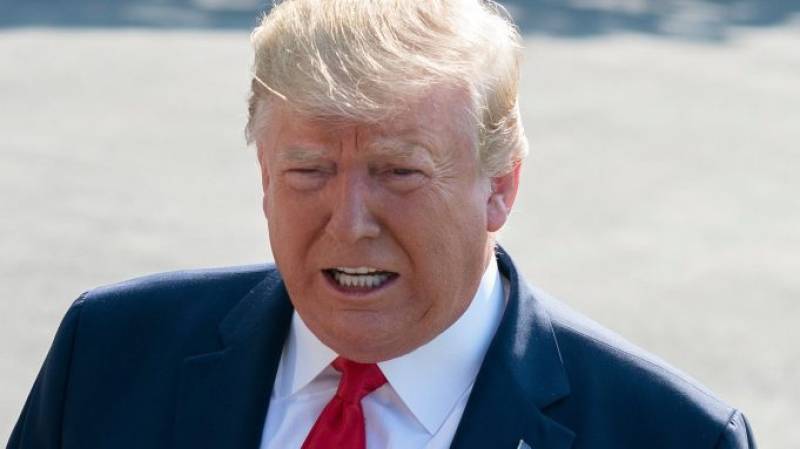 NEW YORK - US President Donald Trump has encouraged India and Pakistan prime ministers to work out their differences in separate meetings this week.

In a news conference after attending the UN General Assembly the US President told reporters, "I said,  Fellas, work it out. Just work it out, "adding that "Those are two nuclear countries. They ve gotta work it out."

Tensions between the two nuclear rival neighboring countries have soared last month after Indian Prime Minister Narendra Modi revoked the Muslim-majority region’s autonomy and imposed a clampdown that has snapped off most internet and cellular communications to the masses in Occupied Kashmir.

Pakistani Prime Minister Imran Khan has urged the United States to take up Kashmir, but India has long refused outside mediation.

Trump showed his support on Sunday for Modi by attending a rally with him before Indian-Americans in Houston.