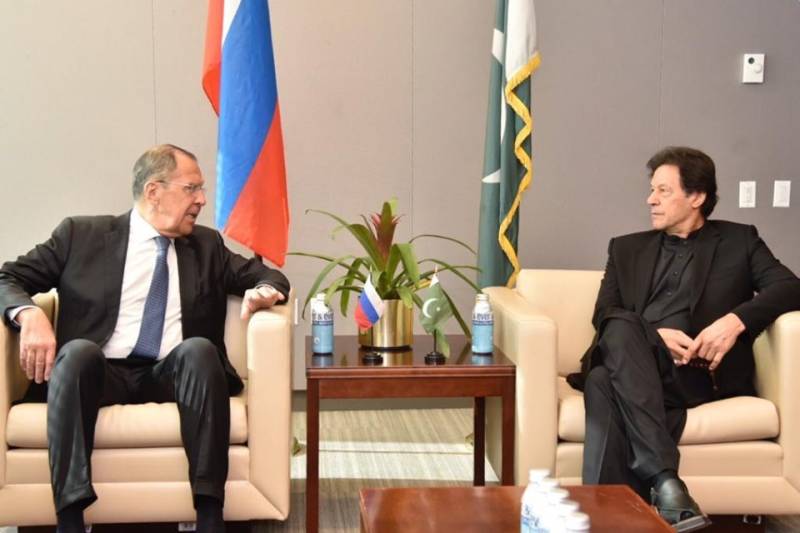 During the meeting held on the sidelines of the United Nations General Assembly session, they discussed the matters related to further strengthening bilateral cooperation, a PM Office press release said.

The prime minister stressed the importance attached in Pakistan’s foreign policy to a qualitatively new relationship with the Russian Federation.

He expressed satisfaction at the steady growth of bilateral cooperation in diverse areas, including political, trade, energy, investment, security and defence fields.

The prime minister recalled his interaction with Russian President Vladimir Putin on the sidelines of SCO Summit in Bishkek in June this year and extensive exchange of views on bilateral as well as regional and international issues.

Reiterating his invitation for President Putin to visit Pakistan, the prime minister said Pakistan and Russia had maintained close contact following the unilateral and illegal Indian actions of August 5 in the occupied Jammu and Kashmir.

He underscored that those actions, and India’s belligerent rhetoric and aggressive posture continued to pose a grave risk to regional peace and security which the international community must take serious cognizance of.

He emphasized that the Kashmiri population under Indian occupation had been locked down for over 53 days and the international community must urge India to lift curfew and other restrictions, and also play its role in the just resolution of the Jammu and Kashmir dispute.

Russia is the President of the UN Security Council for the current month.

Both the leaders also exchanged views on the Afghan peace process. The prime minister reiterated that there was no military solution to the conflict in Afghanistan and emphasized that the stalled peace process must be resumed at the earliest to advance the objectives of peaceful, stable and prosperous Afghanistan.

He underscored the importance of both sides consulting each other on all issues of common interest.