Karachi: Pakistani forces block "Death to America" rally from going towards US Consulate 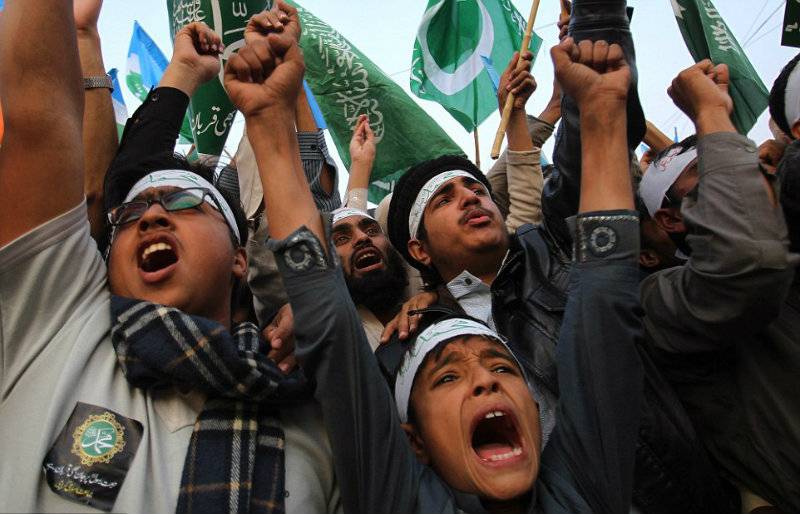 KARACHI - Thousands of Pakistanis rallied in Karachi on Sunday to record their protest against President Donald Trump following his accusations against Pakistan.

However, security forces blocked the rally themed "Death to America" from going towards the US Consulate. 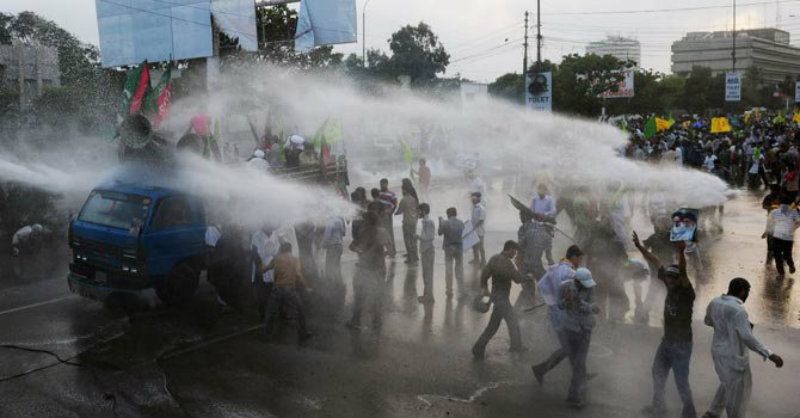 The rally that started from Numaish Chowrangi was challenged by the police at MA Jinnah Road.

Protesters pelted stones towards the cops, injuring an SHO and four others.

Dozens of the protesters have been taken into custody.

Sindh Information Minister Nasir Shah has condemned use of force on the protestors while reiterating that it is the government's responsibility to protect all diplomatic missions.

He also claimed that one of the delegations was asked to take rally's memorandum to the US embassy.

Additional IG Police said that only three to four members of the rally will be escorted to the consulate to submit their resolution. The police negotiated with the rally organisers who were determined to organise the rally outside the consulate.

Police contingents have been deployed and all roads leading to the US consulate have been closed.

The participants have dispersed but have been divided into different parts and could regroup.