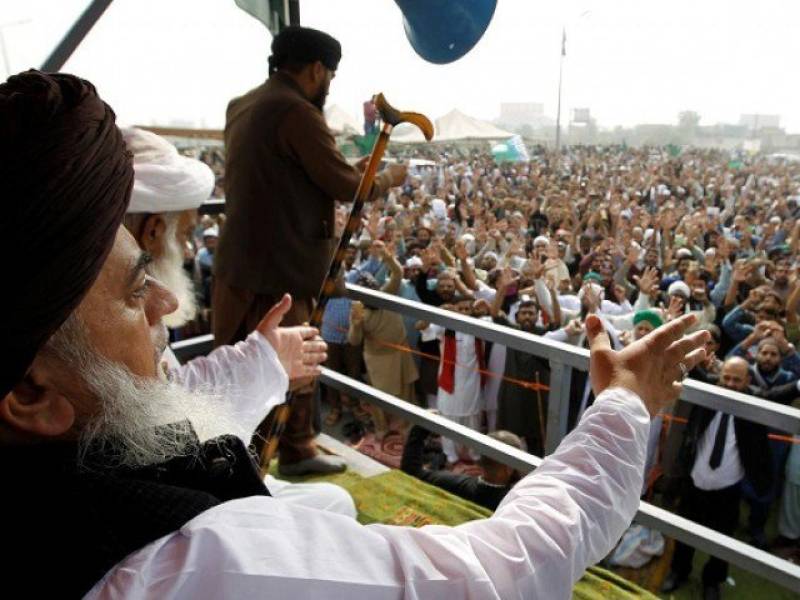 LAHORE - Tehreek-i-Labbaik Pakistan (TLP) has announced to stage a "decisive march" from Lahore to Islamabad on Wednesday against the  blasphemous cartoon competition in the Netherlands.

The party, that occupied on the streets of the federal capital city for around three weeks last year, said it will stay on the streets until either the publication of blasphemous cartoons in the Netherlands comes to an end or the govt immediately cuts diplomatic ties with the Dutch.

TLP held a meeting in Lahore on Sunday and came up with its line of action and demands; the religiopolitical faction urged the Imran Khan-led government to not only discontinue diplomatic and commercial relations with the Netherlands but also demand from other Islamic countries to do the same.

The political entity also called for a strict action against the US saying the competition's judge is an American national and revealed that the march would begin from Data Darbar Lahore.

The blasphemous cartoon contest, scheduled for November, is being organised in the Netherlands by Geert Wilders — a right-wing anti-Islam lawmaker.

Dutch Prime Minister Mark Rutte, however, has distanced his government from the controversial contest, saying: "Wilders is not a member of the government. The competition is not a government initiative."