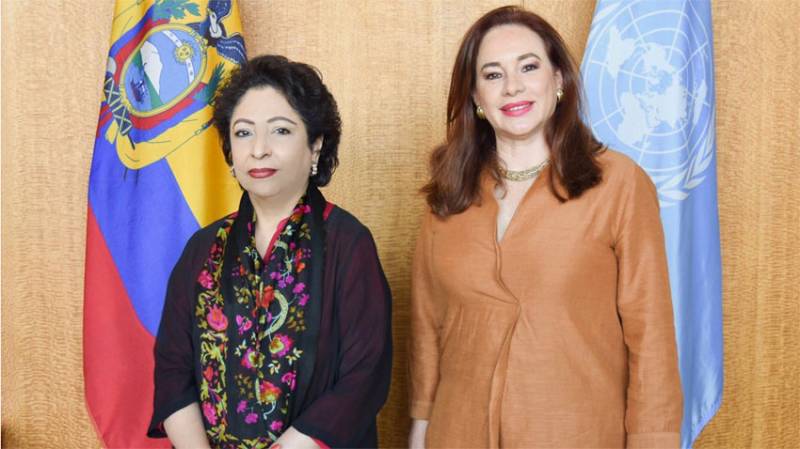 In a tweet on Tuesday, she said the United Nations should live up to its obligations on Indian occupied Kashmir.

Met Maria Fernanda Espinosa , President of UN General Assembly & briefed her in detail about the grave situation in occupied Kashmir where the continuing curfew & lockdown is exacerbating the suffering of the Kashmiri people.UN should live up to its obligations on IOK pic.twitter.com/dF6IZVJJh5

Dr Maleeha Lodhi told that India tried to stop the UNSC meeting in New York regarding the Kashmir issue, which supports the fact that occupied Kashmir is an internationally recognized dispute.

The members of the UNSC meeting expressed concerns regarding the deteriorating situation in Kashmir. Kuwait’s representative in the meeting mentioned the number of UNSC resolutions over the issue and stressed on their implementation, she said.

The Pakistani representative continued that “Pakistan has raised the Kashmir issue at the international level, and will move forward after this step. The UNSC session negates the claim that it is India’s internal matter”.