Calls upon India to reverse its unilateral and illegal actions of 5th August last year, lift restrictions, release all the prisoners and revoke the draconian laws in the occupied territory 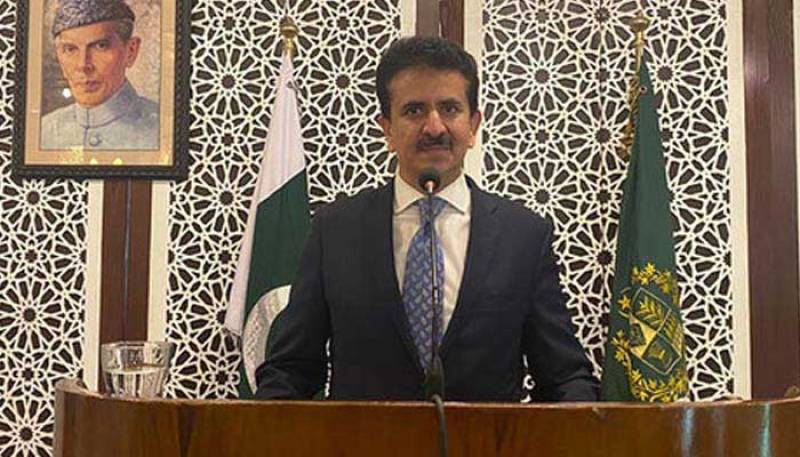 ISLAMABAD – Pakistan has categorically stated that there is no change in its policy on Kashmir dispute, the state broadcaster reported on Thursday.

Foreign Office Spokesperson Zahid Hafeez Chaudhri said in his weekly news briefing that solution of the lingering dispute lies in granting right of self-determination to the Kashmiri people through a fair and impartial plebiscite under the umbrella of United Nations.

The spokesperson called upon India to reverse its unilateral and illegal actions of 5th August last year, lift restrictions, release all the prisoners and revoke the draconian laws in the occupied territory. He said the domiciles issued post 5th August 2019 in the occupied valley should also be declared null and void.

Chaudhry said there cannot be durable peace and security in South Asia without resolution of Kashmir dispute.

He warned the world community to be cognizant of the dangerous consequences of India's belligerent rhetoric and irresponsible actions for peace and security in the region.

The world community must use all tools at its disposal to hold India accountable for its crimes against Kashmiris, he added.

When asked about Kulbushan Jadhav case, the spokesperson said Pakistan is committed to fully implement the judgment of International Court of Justice. He, however, lamented that India is trying to frustrate Pakistan's efforts in this regard.

"The judgment of the ICJ clearly states that the review and reconsideration of Jadhav's conviction will be as per Pakistani laws," said, asking India to cooperate with Pakistani courts on the matter.

SRINAGAR – The Modi-led fascist Indian government has directed the authorities to issue domicile certificates to ...