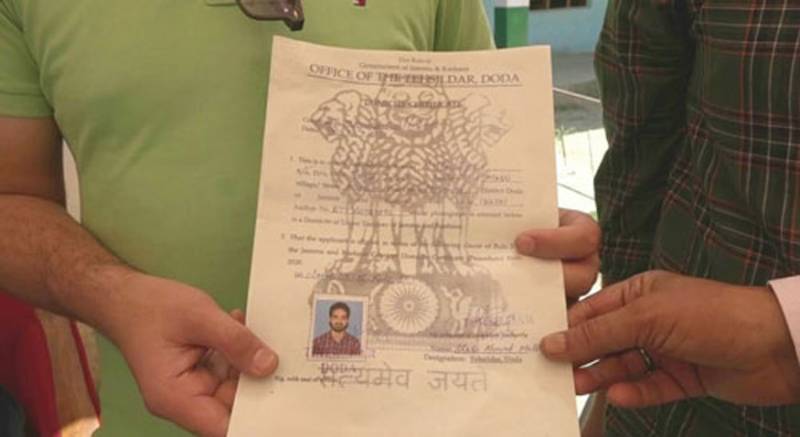 SRINAGAR – The Modi-led fascist Indian government has directed the authorities to issue domicile certificates to the applicants in Indian illegally occupied Jammu and Kashmir, within five working days.

APHC leader and Chairman of Jammu and Kashmir Social Peace Forum, Advocate Devinder Singh Behl has strongly condemned the issuance of domicile certificates to non-Kashmiris on fast-track basis saying that India under a well-thought-out plan is engaged in changing the demography in Indian Illegally Occupied Jammu and Kashmir.

He urged the international community to prevent India from using nefarious tactics to upset the existing demographic composition in the territory.

ISLAMABAD – Foreign Minister Shah Mahmood Qureshi has said that Kashmiris' struggle for right to self ...

On the other hand, India is expediting work on a strategic 290-km-long road linking Darcha in Himachal Pradesh with Ladakh amid the border row with China.

It will be the second road link to Ladakh after Srinagar-Leh highway.

Earlier, at least 20 Indian soldiers were killed and 76 others injured in a fierce clash between the Chinese and Indian army personnel in a disputed Himalayan border area in June 2020.