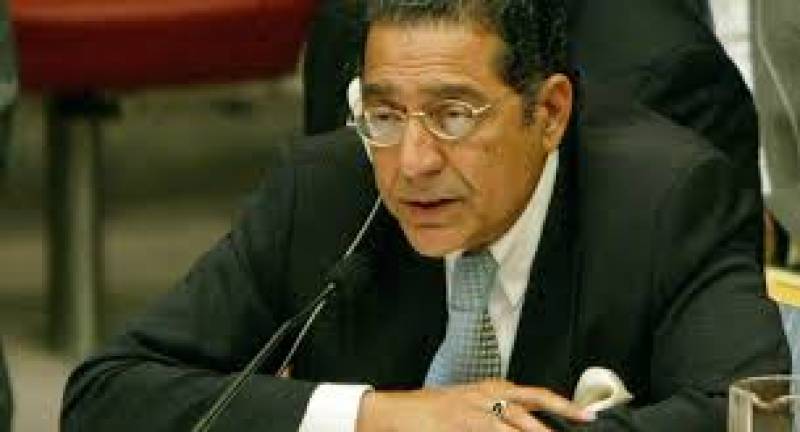 NEW YORK – Pakistan’s Permanent Representative to the United Nations (UN) Munir Akram has said that as an active and progressive member of the international community, Pakistan will always support efforts to achieve peace, stability, and socioeconomic progress.

In his message on the account of Pakistan’s Defence Day, Munir Akram said that “On this auspicious day we honour the sacrifice our sons and daughters who laid down their lives defending the motherland”.

“We also reiterate our abiding commitment to achieve the just resolution of the Jammu and Kashmir dispute in accordance with the aspirations of the valiant Kashmiri people through a free and fair plebiscite guaranteed to them by numerous UN Security Council resolutions,” he added.

The Ambassador said that Pakistan desires peace in the region and always sided with those who seek to promote greater cooperation and friendly relations on the basis of equality and mutual respect.

Munir Akram said that “we take pride in leading the global efforts in eradicating terrorism”, adding that Pakistan have successfully turned the tide against terrorism which has come at the grave cost of tens of thousands of precious and innocent lives.

Permanent Representative of Pakistan to the UN said that Pakistan’s endeavour for a peaceful Afghanistan is well recognized by the international community and the UN, however, it is unfortunate that despite our commitment and best efforts, strategic stability in region continues to be held hostage by our eastern neighbour who shows no regard for the principles of the UN Charter or for human rights.

He said that Pakistan has supported United Nations’ efforts to maintain International Peace and Security as a leading troop contributing country for more than six decades. Since then, Pakistan has contributed more than 200,000 peacekeepers in 46 missions in 28 countries while 157 of our best and bravest, including 24 officers and a female peacekeeper, have made the ultimate sacrifice during these missions.