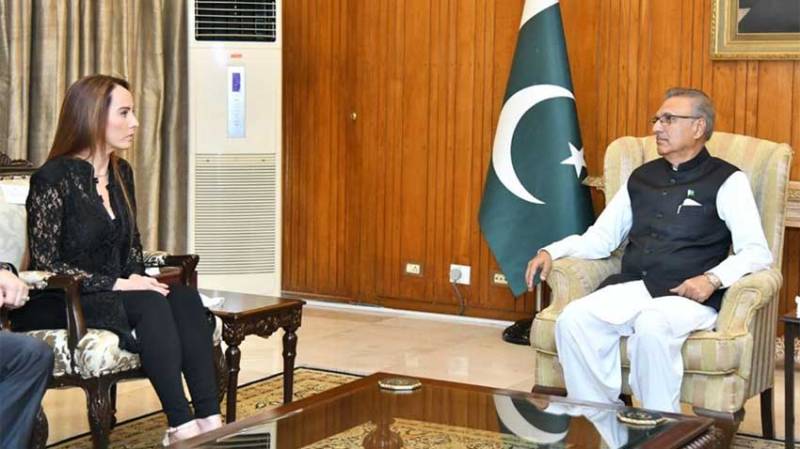 He expressed these views while talking to the President of the Inter-Parliamentary Union Gabriela Cuevas Barron who called on him in Islamabad on Monday.

The President Dr. Arif Alvi said that the people of IIOJK are in extreme misery as India has unleashed a reign of terror against the innocent people, which is a clear violation of UN resolutions.

He expressed the confidence that IPU would play its role to protect the rights of the people of IIOJK.

Speaking on the occasion, Gabriela Cuevas Barron, who is also senator for Maxico, said that her country wants to work with Pakistan to promote closer ties in areas of mutual interest.

Both sides emphasized the need to further strengthen bilateral relations in all fields to the mutual benefit of the people of Pakistan and Mexico.

The President expressed the hope that the visit of the President of IPU to Pakistan would help strengthen parliamentary relations between the Parliament of Pakistan and IPU member parliaments.

Sanjrani said that Pakistan was keen to strengthening bilateral and multilateral ties through dialogue and mutual respect. “In line with IPU objective of peace building and protection of human rights, Pakistan has always highlighted Kashmir cause and the atrocities of Indian government in occupied valley from time to time one very international fora including IPU,” Senate chairman said. 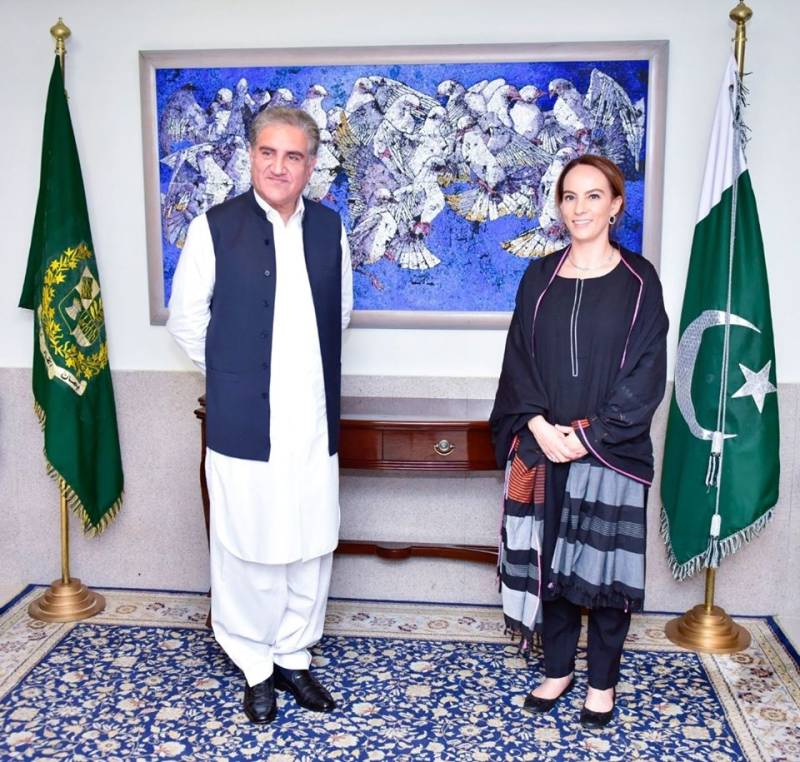 "Pakistan wants peaceful resolution of Kashmir issue in light of UN Security Council Resolutions. Unarmed civilians of IIOJ&K have been facing Indian atrocities in the form of curfew for the past one year," Shah Mahmood Qureshi said, urging the IPU and international community to come forward to give innocent Kashmiris their legitimate right, right to self-determination and save them from Indian tyranny.

The Foreign Minister also apprised the IPU President of the steps being taken by Pakistan, including the smart lockdown, to address the global pandemic challenge.