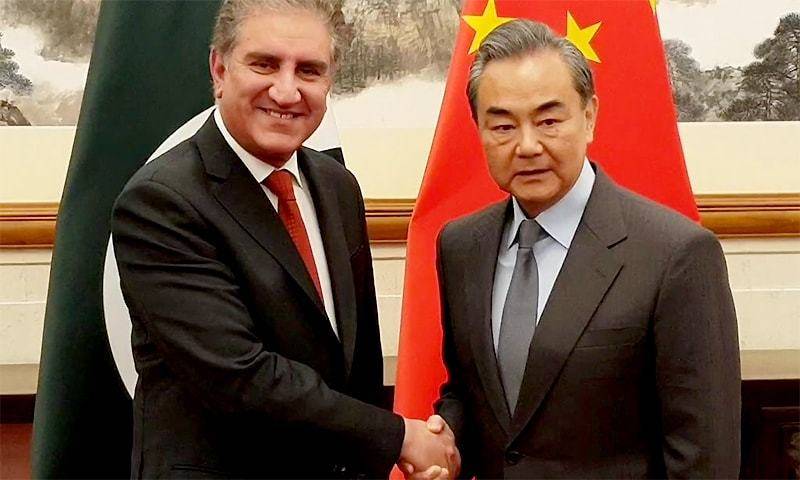 The three-day long visit of the regional countries - Afghanistan, Iran, China and Russia - aims at promoting various initiatives and ideas, including the Afghanistan peace process, for regional cooperation.

The foreign minister was received at the airport by Chinese Foreign Ministry officials. He also held a meeting with his counterpart Wang Yi.

The two parties discussed bilateral relations and regional issues, especially the Afghanistan peace process in the meeting. Delegation-Level talks were also held by both sides.

Qureshi on Monday visited Kabul where he stressed the need for greater synergy among regional countries to ensure long term peace and stability in the region.

The purpose of the visit was also to brief President Ashraf Ghani and Foreign Minister Salahuddin Rabbani on the recent developments on peace process after the meeting between Taliban and United States in Dubai, in which Saudi Arabia, UAE also participated, a Foreign Office statement said.

This was Foreign Minister's third visit to Afghanistan since the new government took over in Pakistan in August 2018.

Foreign Minister Qureshi while assuring Pakistan’s support for an Afghan-owned and Afghan-led peace process, briefed the Afghan leadership on the recent efforts for peace and reconciliation in Afghanistan.

He also apprised them on the efforts Pakistan was undertaking for bringing synergy among other regional and international stakeholders to facilitate an intra-Afghan dialogue.

The foreign minister highlighted the need for greater synergy among regional countries to ensure long term peace and stability, in particular strengthening closer and effective linkages for greater connectivity, enhanced trade and exploitation of huge untapped natural and human resources in the region.

Foreign Minister Qureshi noted that together Pakistan and Afghanistan, with their strategic locations were a bridge for the surrounding regions.

He said the deeper bilateral cooperation for improving relations with all its neighbors especially with Afghanistan was the top priority of Pakistan and that Afghanistan-Pakistan Action Plan for Peace and Solidarity (APAPPS) was the most effective framework that provided practical avenues to address all issues of mutual interest.

Qureshi underlined the importance for constructive and un-interrupted engagement at all levels to achieve our shared goals and objectives.

The Afghan leadership while appreciating Pakistan’s constructive role in furthering Afghan peace process agreed to undertake joint steps for further strengthening of bilateral ties and agreed to expand cooperation and coordination against terrorism.

They also agreed to rely on APAPPS for strengthening institutional interaction between the two countries in all areas of cooperation.

Afghan leadership also appreciated Pakistan's initiative for ensuring greater harmony among the neighbours of Afghanistan having serious stakes in peace and stability.

The foreign minister visited Tehran on Monday to hold talks with his counterpart Dr. Javad Zarif and Senior officials of Ministry of Foreign Affairs of Islamic Republic of Iran as part of the government's policy of outreach in the neighbourhood. It was FM Qureshi's first official visit to Iran.