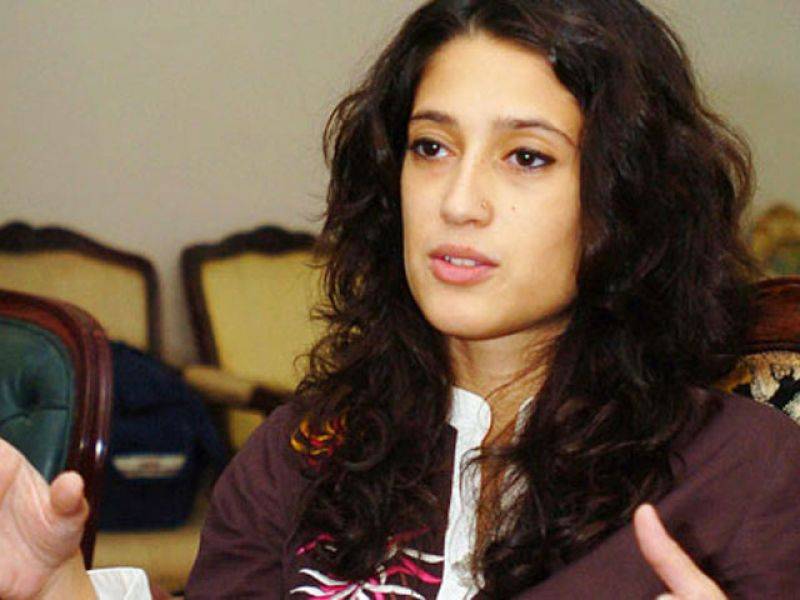 KARACHI -  Murtaza Bhutto’s daughter Fatima Bhutto has finally quashed the rumours and speculations regarding the establishment of new ties between her and the Zardari family.

The factually incorrect report of media outlet went on to claim that Fatima and Zulfiqar Bhutto Junior welcomed Zardari's move adding that the estranged families would unite once again before the death anniversary of Zulfiqar Ali Bhutto scheduled to be held on April 4, 2017.

Soon after the report made waves across the country, rumours began to spread on social media suggesting that Fatima could become the member of Zardari family and that the meeting between two families could be just more than a political development.

Irked by the fake story, Fatima took to Twitter to dispel such rumours.

The low quality of rumours being circulated by the Pakistani press is truly sad. Have some decency, please.

She did not specifically refer to the rumours but its an open secret that her Tweet referred to the same story discussed above.

It is relevant to mention that Bilawal Bhutto Zardari said that Fatima Bhutto and her  brother Zulfiqar Junior were part of his family, setting aside political differences.

However, he said that he was not in touch with them since a long time. But, he added: "Doors of our heart are always open for them."

Fatima Bhutto was born in Kabul in 1982. Her father Murtaza Bhutto was the son of Pakistan's former President and Prime Minister, Zulfikar Ali Bhutto. Murtaza was assassinated in 1996 in Karachi during the premiership of his sister, Benazir Bhutto.

In an interview with Indian television, Fatima alleged former president Asif Zardari of orchestrating the murder of her father.

Fatima graduated from Columbia University in 2004, majoring in Middle Eastern Languages and Cultures and from the School of Oriental and African Studies (SOAS) in 2005 with a Masters in South Asian Government and Politics.

She is the author of three books named Whispers of the Desert, The Shadow of the Crescent Moon and  Songs of Blood & Sword. She also writes articles for leading national and international publications.