PPP to announce participation of Bilawal in parliamentary politics today 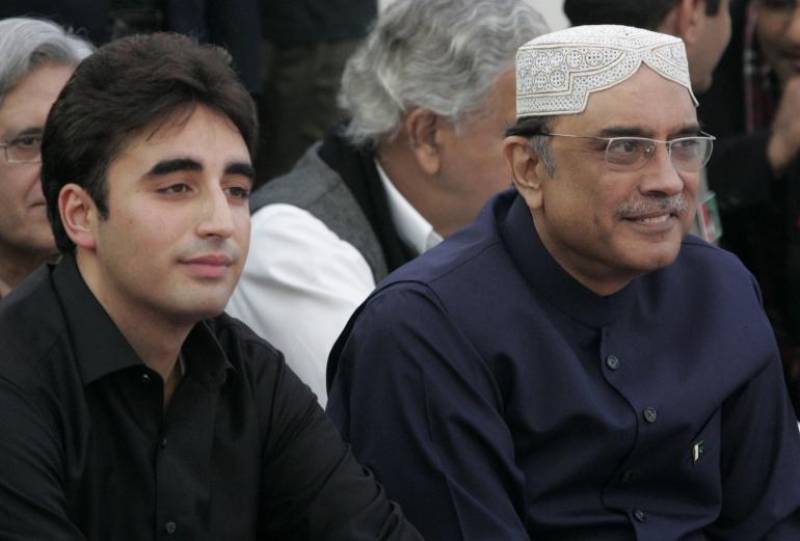 KARACHI - As the deadline of Pakistan Peoples Party (PPP) is ending today, various announcements are being expected amid a major announcement regarding Bilawal Bhutto Zardari, who would reportedly start his career in parliamentary politics.

It is learnt that PPP co-chairman and former president Asif Ali Zardari would make an announcement regarding Bilawal’s participation in parliamentary politics on the eve of former prime minister Benazir Bhutto’s ninth death anniversary.

It is also being reported that Bilawal would kick off his career by contesting elections from his mother’s constituency NA 207 Larkana, where his aunt Faryal Talpur won the election in 2013. Sources said that Talpur would resign from the Parliament leaving the seat vacant for her nephew.

The 9th death anniversary of slain Pakistan People’s Party chairperson Benazir Bhutto will be observed today (Tuesday). PPP is set to ‘surprise’ its rivals regarding its future strategy, according to a statement by its co-chairman Asif Zardari.

Arrangements at Garhi Khuda Bakhsh have been finalised and as per the programme, there will be a public meeting to pay tribute to the leader as acknowledgement of her lifelong uphill struggle for the cause of democracy and protection of people’s rights.