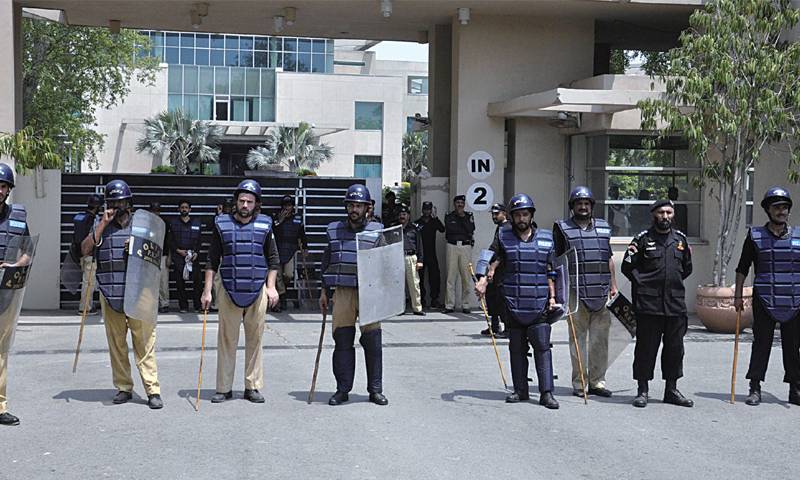 LAHORE - The Supreme Court has dissolved the administrative board of Royal Palm Golf and Country Club on Thursday ordering immediate confiscation of all the records.

During the hearing of a suo moto notice regarding the lease of railway land, Chief Justice of Pakistan (CJP) Mian Saqib Nisar directed Ferguson Chartered Company to take administrative control of the upscale club.

Royal Palm Country & Golf Club’s old administration will not enter the club premises and all programmes and activities will run as per routine, the apex court ruled.

Directing Ramzan Sheikh and his management to hand over the club to Ferguson company, Justice Nisar remarked that till the forensic audit is complete, the club will neither remain with the railways nor with Ramzan Sheikh.

“Royal Palm’s contract has been flawed since day one – billions were looted after joining hands with the railways to obtain the land. This is railways land and we will not let anyone keep it. Royal Palm owners are so influential that half the country listens to them,” the top judge added.

The chief justice directed that all the matters of the club should continue as per schedule and also ruled that the land owned by Pakistan Railways will not be leased or used for constructing housing societies.

The apex court ruled that additional railways land will not be leased for any period over three-year.

"If the additional land is given to provinces then they will also sell it. We will let the railways land be with the railways and if provinces have reservations then they should file petitions in accordance with the law," the chief justice observed.

Earlier, Pakistan Railways had sealed Royal Palm Golf and Country Club in a bid to recover outstanding dues in billions; the department had also terminated lease contract that was signed in 2001 with Mainland Husnain Pakistan Limited (MHPL).