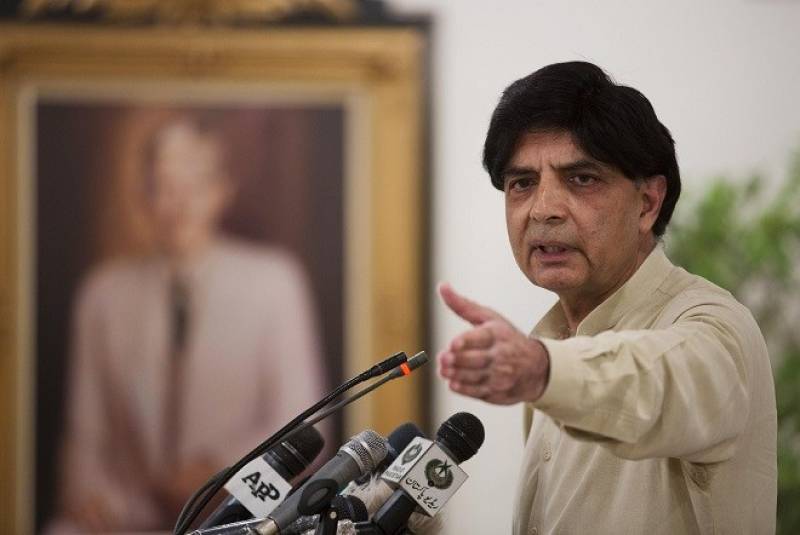 According to a report by The News, Ch. Nisar Ali Khan has directed secretary interior, federal law secretary and DG National Police Bureau to finalise a working paper for an early reactivation of NPSC.

Under the law, the NPSC is part of Police Order 2002 which was framed by seasoned police officers including Afzal Shigri and Dr Shoaib Suddle.  The purpose of this law was to give police independence while bringing them under the scrutiny of the NPSC.

The NPSC, if activated, would send a panel of three police officers to the prime minister for the appointment of Inspectors General of Police at the federal and provincial levels, Federal Investigation Agency (FIA) chief, IG Railways and Frontier Constabulary (FC).

Under the law, the NPSC is headed by the interior minister and consists of 12 members.  Out of these 12 members, the speaker nominates three each from the treasury and opposition benches. The remaining six members are from the civil society (2 lawyers, one media representative and others) who are nominated by the prime minister on the recommendation of the interior minister.

The incumbent government did not pay much heed to its revival.