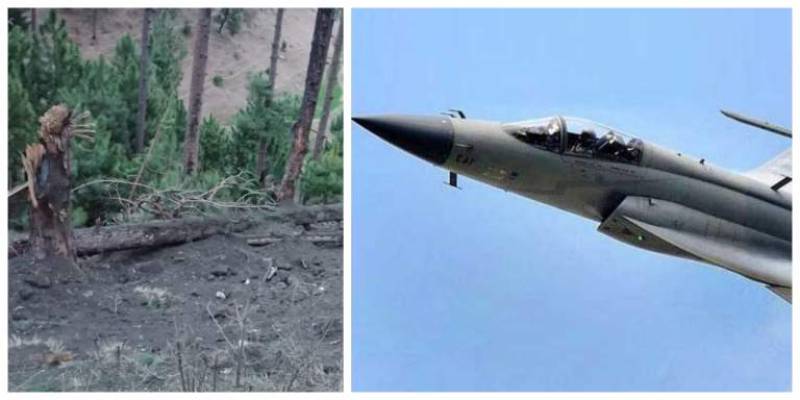 Mahira Khan, Mawra Hocane, Hareem Farooq, Hadiqa Kiani, Zaid Ali, Faisal Qureshi, and Armeena Khan were among others who spoke up against the war. Let's go through the tweets by Pakistani stars with hashtag #SayNoToWar:

Nothing uglier. Nothing more ignorant than cheering for war. May sense prevail.. Pakistan zindabad. https://t.co/sH0VGGAERC

Anyone who is encouraging war between Pakistan and India should be taken out of their house and be forced to fight the war themselves. Tweet karna bohat asaan hai, but for once think of the all the soldiers that die unnecessarily because of this. #PakistanZindabad 🇵🇰

We need peace! We need words! We need to grow and not regress! There is nothing exciting or spectacular about war, we are talking about REAL HUMAN lives 😔🙏🏼

“It is easy to advocate peace whilst the sun shines. When the storm rages, it is then your character, principles & values are tested. Will you turn your face into the wind and stand by what is right or will history find you wanting?” - Me #peace #saynotowar ❤️🤘🏻

Armeena Khan has also quoted Bollywood actor Priyanka Chopra's tweet and slammed her for praising the Indian forces. "WHAT?!!! But aren’t you supposed to be a Good Will ambassador for @UNICEF? Screenshot# this everyone and next time she speaks up for peace and goodwill. Let’s remind her of this hypocrisy," she tweeted.

WHAT?!!! But aren’t you supposed to be a Good Will ambassador for @UNICEF? Screen shot this everyone and next time she speaks up for peace and goodwill. Let’s remind her of this hypocrisy. https://t.co/Jew88bMtYv

“There can be NO winners in war if we value Human Life at all.“
Christopher Holliday.
It’s time we understand this as humans.The media needs to take charge & stop being provocative. It’s our duty to inculcate peace & use our words for better & not worse.
Praying for peace always!

Actors around the world are boundary less creatures, when indian actors retaliated so absurdly on a false accusation on Pakistan and called in for war,

It clearly explained how much afraid you guys are to lose your positions in bollywood, what a shameful act,#SayNoToWar

Make no mistake #pakistan comes first. I stand with my Nation, PM, People & my country, anyone who is a threat to us will face our wrath. I'm all for peace but if your dealing with blind rage and stupidity then a hard slap on their face is the answer #PakistanArmy @ImranKhanPTI

Post Indian air force violating LoC, A meeting was being held on Tuesday (yesterday) chaired by the premier in the wake of India’s violation of the Line of Control (LoC), was attended by the top civil and military leadership, including Army Chief General Qamar Jawed Bajwa and ministers of defense and foreign affairs.

“Once again Indian government has resorted to a self-serving, reckless and fictitious claim,” the statement said. “This action has been done for domestic consumption being in an election environment, putting regional peace and stability at grave risk.

This action has been done for domestic consumption given the election environment, putting regional peace and stability at grave risk, the NSC said.